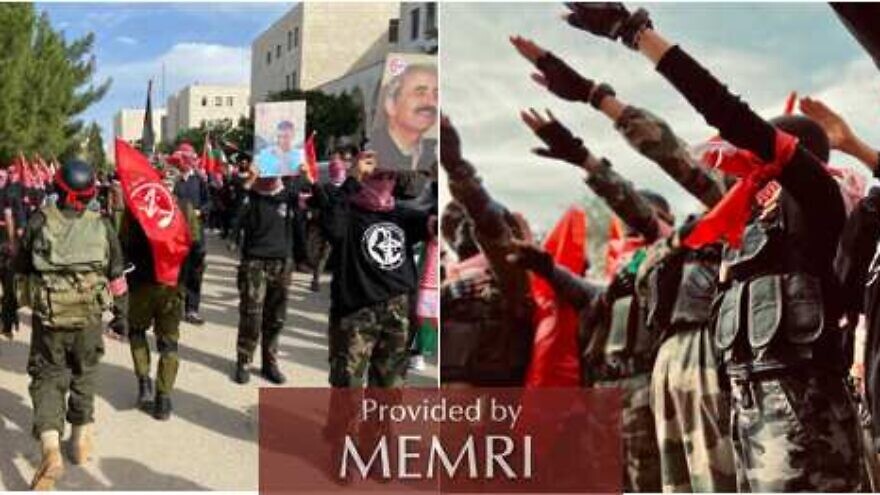 (December 21, 2021 / JNS) Student organizations affiliated with the Popular Front for the Liberation of Palestine and Hamas held military-terrorist parades on the campus of Birzeit University, near Ramallah, the Middle East Media Research Institute (MEMRI) said in a report published in recent days.

This rally occurred despite a ban on such events passed by the university in 2019. According to MEMRI, during the rallies, student activists wore mock suicide bomb belts and carried mock rockets. 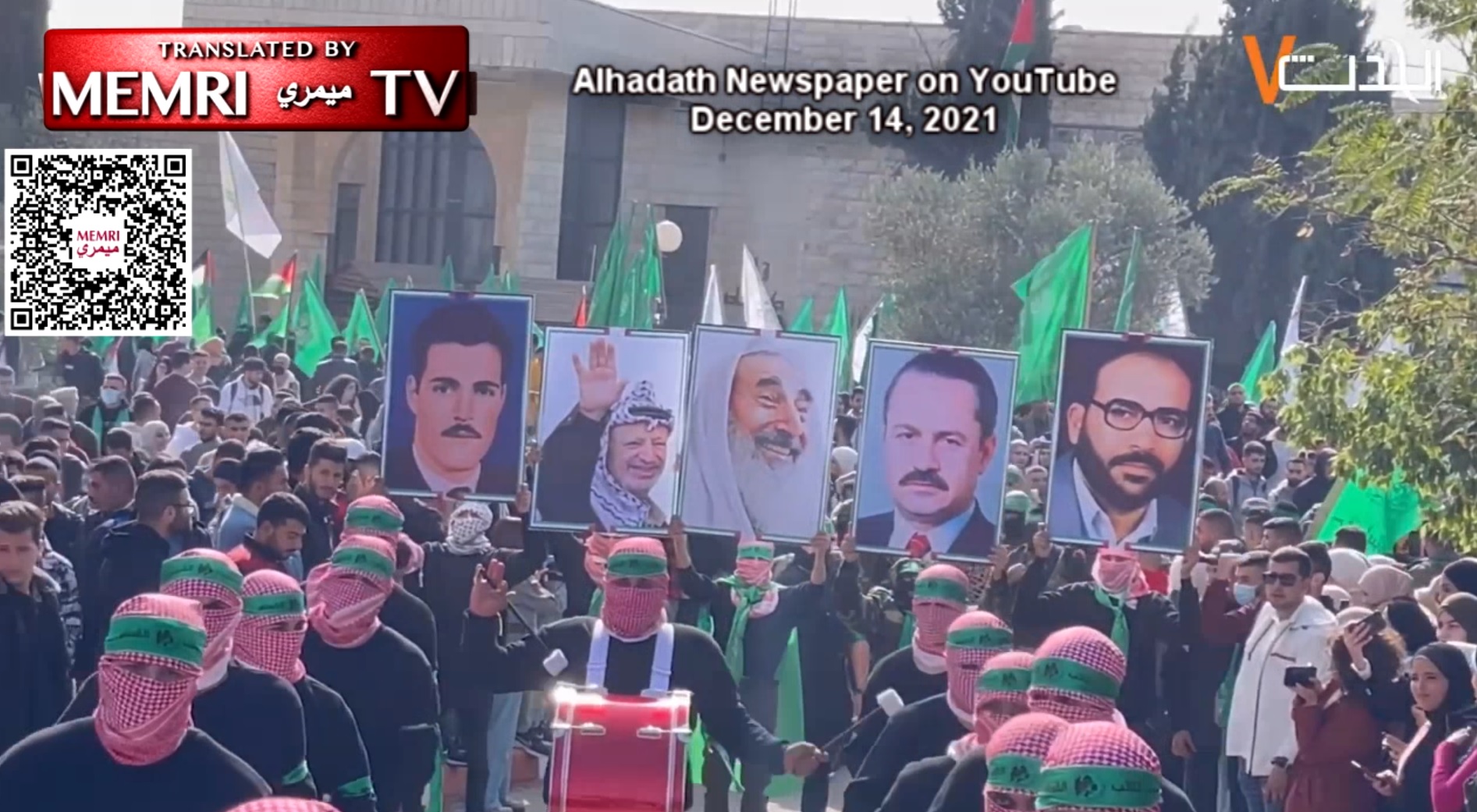 On the following day, Hamas’s student organization followed suit on campus to mark the 34th anniversary of the Islamist terror movement’s founding. “At the event, attended by dozens of masked activists, Hamas student leaders declared that they will remain loyal to the path of resistance. Activists also saluted the ‘body parts scattered’ in suicide bombings in Israeli cities, and praised Yahya ‘Ayyash, a Birzeit graduate who was a co-founder of Hamas’ military wing and one of the initiators of the policy of suicide bombings,” said MEMRI.

The 2019 ban “led to a severe crisis between the university and the student organizations, which insisted on continuing these activities,” MEMRI noted. “During the recent PFLP parade university staff tried to seize the mock rockets, but without success, and during the Hamas event students broke into a lecture hall that had been locked.”