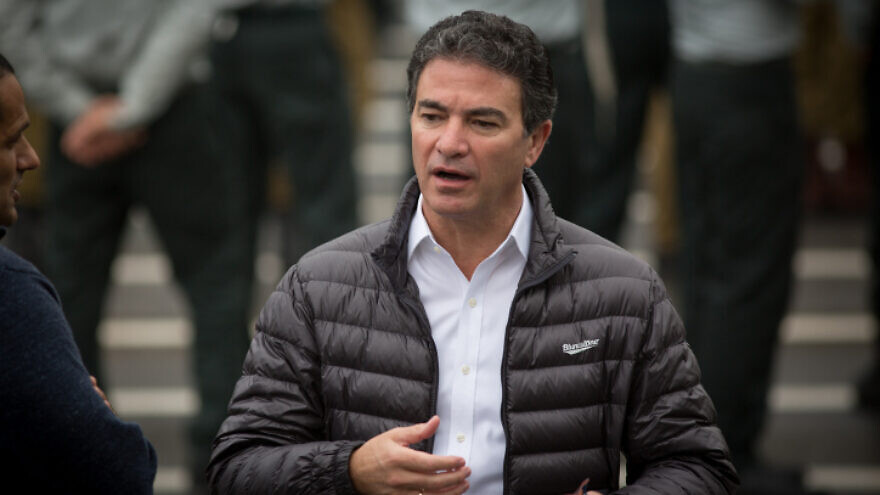 Mossad chief Yossi Cohen attends a ceremony for the appointment of the new chief of Intelligence, at Glilot military base, near Tel Aviv, March 28, 2018. Photo by Miriam Alster/Flash90.
Spread the word.
Help JNS grow!
Share now:

A larger Israeli delegation is expected to travel to Abu Dhabi later in the week, but according to Israeli media reports it has been delayed by disagreements regarding its composition.

While Cohen is seen as having been instrumental in laying the groundwork for finalizing the deal, now that it’s public Israel’s Foreign Ministry reportedly wants to take charge.

“We discussed the latest regional developments, the normalization agreement with the United Arab Emirates, and the need to strengthen ties between the countries,” Ashkenazi tweeted on Monday.

During the call “they decided to establish a direct line of communication in advance of the normalization agreement between the countries and agreed to meet soon,” the Israeli Foreign Ministry said in a statement.

The UAE and Israel opened up telephone service on Sunday as part of the normalization deal.

Also on Sunday, Israeli Intelligence Minister Eli Cohen told Army Radio that agreements with other Arab states were on the way.

“Additional agreements will be reached with Gulf countries like Bahrain and Oman,” said Cohen.