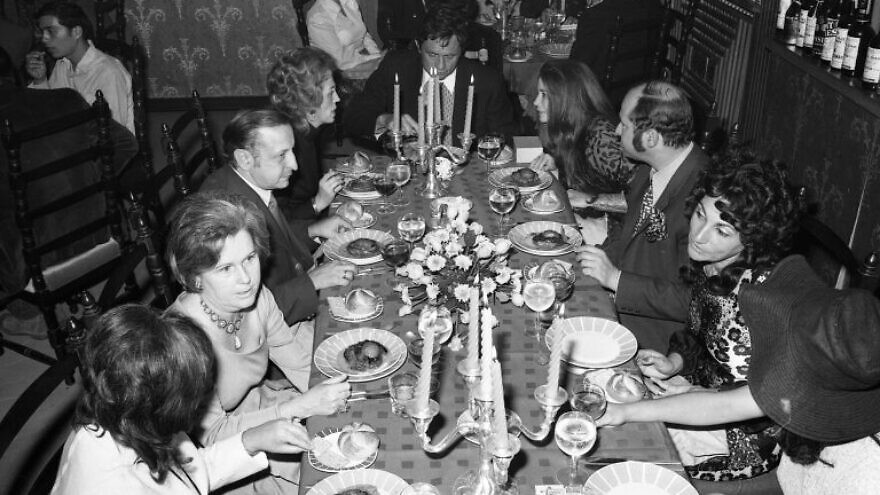 (October 26, 2021 / JNS) The National Library of Israel in Jerusalem has released rare photographs from a November 1971 visit by legendary musician Johnny Cash to Israel. It took place during a professional and spiritual resurgence for the star after years in which he famously struggled with alcohol and drug abuse.

As opposed to his previous two trips, his arrival in 1971 was accompanied by more fanfare, including a fancy reception arranged in Jerusalem documented in the newly released images.

The reason for the trip was the filming of a movie, narrated by Cash, about the life of Jesus. “Gospel Road: A Story of Jesus,” would be released the following year.

In it, Cash can be seen singing from atop Mount Arbel in the Galilee, his country-tinged gospel music accompanying a swerving helicopter camera shot of the Jordan River. Though the film did not perform well at the box office, it would eventually become something of a cult hit with evangelical Christian audiences. 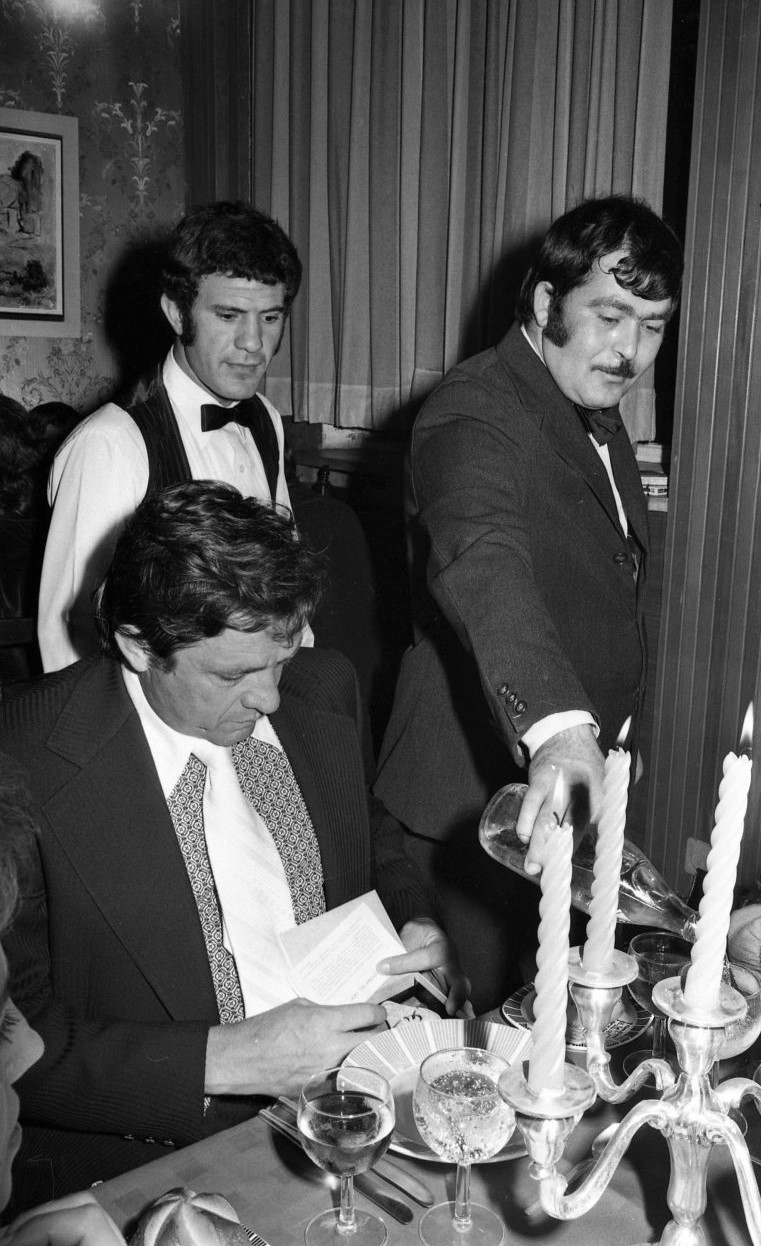 American singer and songwriter Johnny Cash at a lavish meal in Jerusalem, held in his honor on his third visit to Israel, November 1971. Credit: The Dan Hadani Archive, Pritzker Family National Photography Collection at the National Library of Israel, Jerusalem/IPPA staff.

Cash first came to Israel in 1966 for a religious pilgrimage, visiting Christian sites across the country. Two years later, he returned, accompanied by his new wife, June Carter Cash.

This second trip inspired an entire Christian-themed concept album, “The Holy Land.” The 1969 record featured songs with titles like “Land of Israel, “The Ten Commandments” and “Come to the Wailing Wall.” Cash even mentioned the visit during his legendary “Live at San Quentin” performance that same year, explaining that the song “He Turned the Water Into Wine” was written “on the way to Tiberias, in the car.”

​The photos come from the Dan Hadani Archive, which includes nearly a million images capturing Israeli life and historical events from 1965 until 2000. In 2016, Hadani transferred the entire archive, including the negatives, to the library with the transfer made possible through the generous support of the William Davidson Foundation. 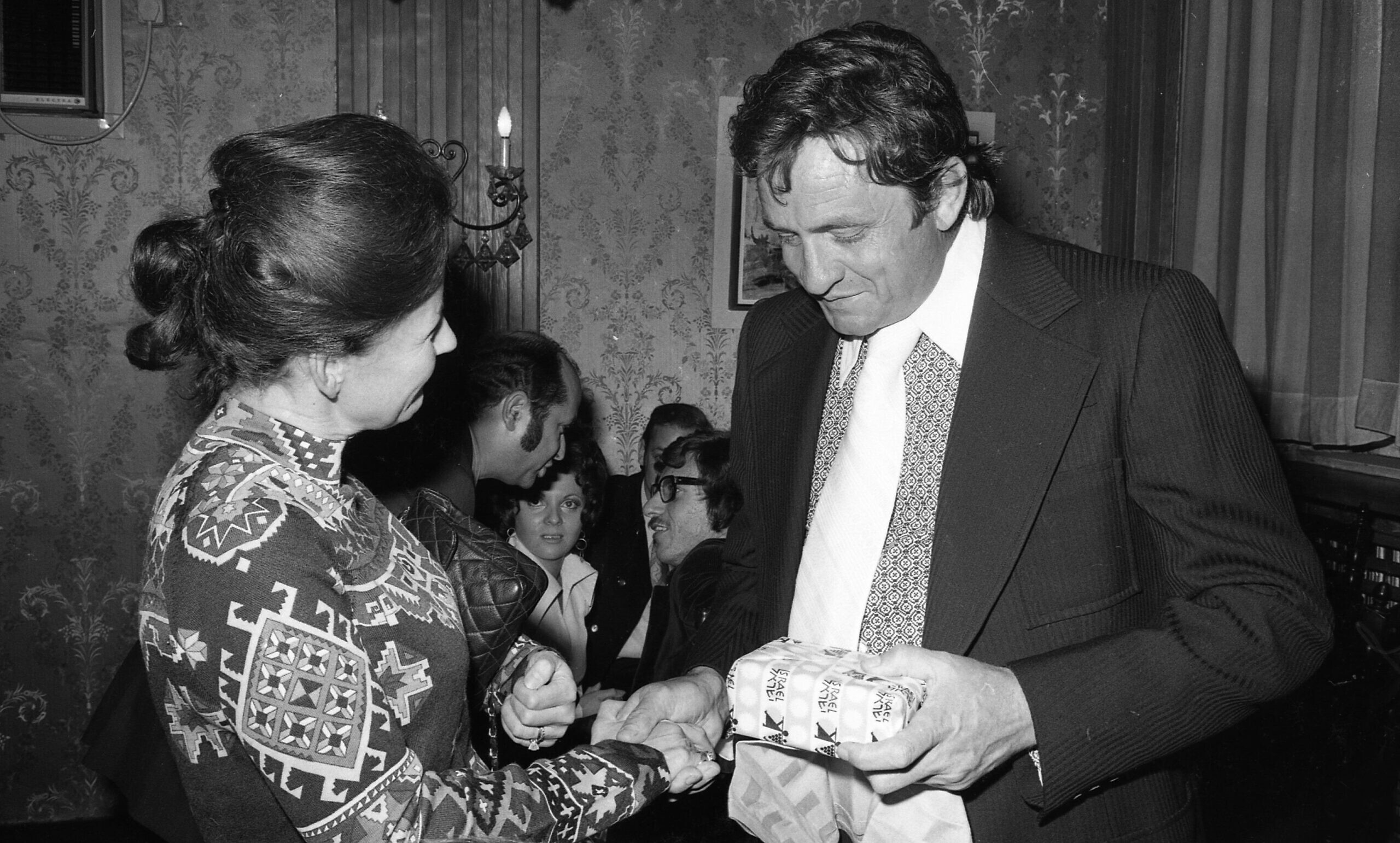 American singer and songwriter Johnny Cash accepts a give from a fan on his third visit to Israel, November 1971. Credit: The Dan Hadani Archive, Pritzker Family National Photography Collection at the National Library of Israel, Jerusalem/IPPA staff.
Republish this article in your newspaper or website