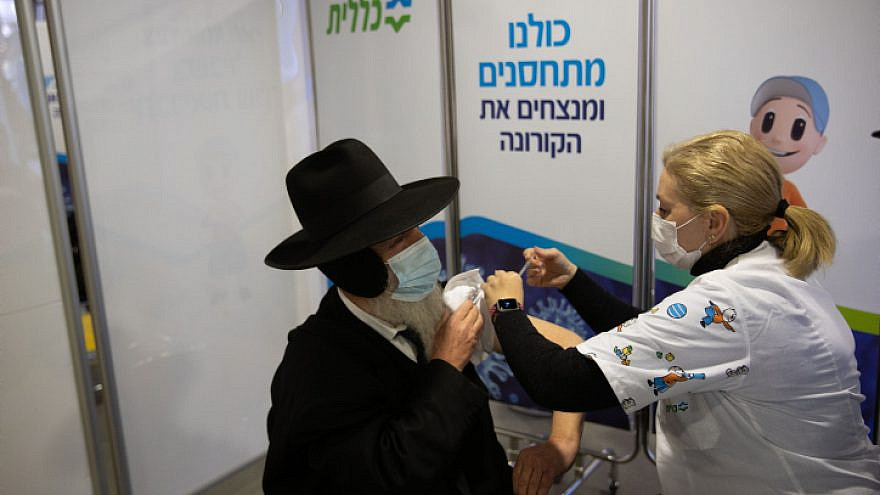 (December 29, 2020 / Israel Hayom) As Israel’s COVID-19 infection rate on Tuesday approached that recorded in October at the height of the pandemic’s “second wave,” Israeli Health Minister Yuli Edelstein reported that nearly half a million Israelis had received coronavirus vaccinations, including 115,000 on Monday alone.

“In the nine days since inoculations began, we’ve vaccinated more people than all those infected since the outbreak of the pandemic. It’s not for nothing that we are the world leader in terms of inoculation speed,” said Edelstein.

The health minister added that some 2.4 million additional vaccine doses are expected to arrive in the country in the coming days.

While the Pfizer vaccine currently being administered in Israel required two doses for full immunization, experts stress that the influence of the first dose could be felt in the country within a week.

Meanwhile, despite accusations in recent months that some in the haredi sector have flaunted safety guidelines, such as avoiding large gatherings, haredim appear to be flocking in droves to vaccination clinics following calls to do so from numerous prominent rabbis.

“The response has been overwhelming,” a medical official familiar with the haredi sector told Israel Hayom. “There are long lines in haredi neighborhoods and cities until the late hours of the night.”

Assaf Golan and Hanan Greenwood contributed to this report.