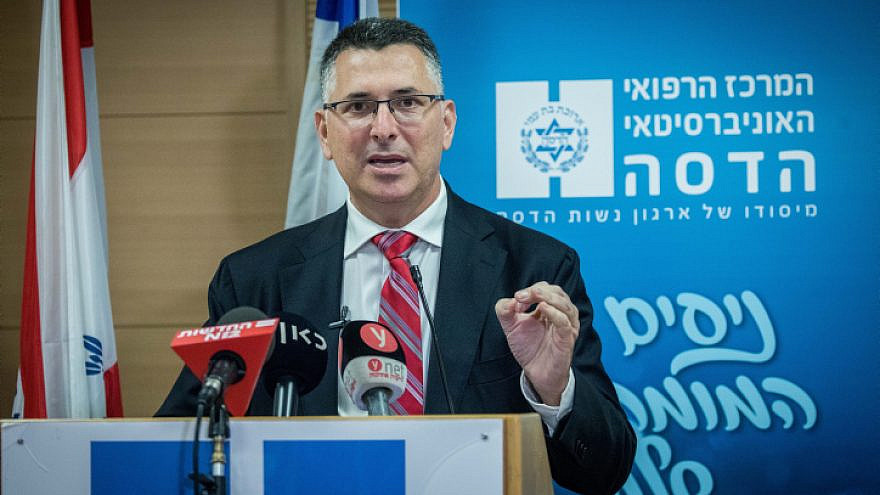 (January 18, 2021 / JNS) New Hope Party leader Gideon Sa’ar has hired four of the founders of the Lincoln Project to serve as his advisers ahead of Israel’s March 23 elections, a campaign official confirmed on Sunday.

The Lincoln Project, which endorsed U.S. President-elect Joe Biden, comprises Republicans and former Republicans. Its stated mission was to “defeat Trump and Trumpism at the ballot box” and elect “Democrats who support the Constitution over Republicans who do not.”

Sa’ar, a longtime member of Israeli Prime Minister Benjamin Netanyahu’s Likud Party, left Likud on Dec. 8 to form his own party with the aim of challenging Netanyahu for the premiership.

The four are expected to visit Israel when it becomes possible to do so.

In December 2019 during the run-up to the March 2020 elections, Sa’ar challenged Netanyahu for the leadership of the Likud but received only 27.5 percent of the vote. Nine months later, he formed the New Hope Party. A poll conducted by Panels Politics and released by 103 FM on Dec. 9, the day after Sa’ar made the announcement, indicated that New Hope would earn 17 seats and Likud would drop to 28 seats from their current 36 if elections were held that day.

In an interview with public broadcaster Kan on Saturday, Sa’ar did not rule out joining with the Likud in a government he aims to head.

“Likud can be a partner. I’m not disqualifying Likud,” said Sa’ar, but added that “Netanyahu cannot serve as a minister,” citing the legal precedent set by the Supreme Court in a 1993 ruling that an indicted person cannot serve as a government minister.