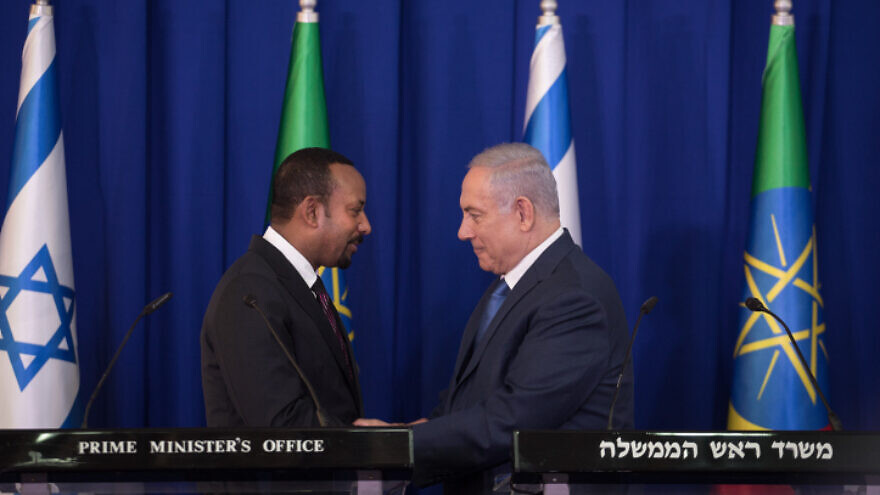 In a phone conversation during which the two leaders discussed regional issues, Ahmed readily agreed to the move and stressed the special bond between the people of Ethiopia and Israel, the Israeli Prime Minister’s Office said in a statement.

Ahmed also congratulated Netanyahu on the Abraham Accords—the U.S.-brokered peace agreements that Israel reached with the United Arab Emirates and Bahrain last month—saying that the positive ramifications of the deals will only be understood by future generations, according to the statement.

Netanyahu and Ahmed also discussed the possibility of deepening agricultural cooperation between the two countries.

Approximately 13,000 Jews currently reside in Addis Ababa, the Ethiopian capital, and in Gondar in the northern part of the African country.

According to AP, most live in poverty and are waiting to be taken to Israel, which they consider their homeland. Many have family members who have been living in Israel since “Operation Solomon” in 1991, when Israel airlifted some 14,500 Jews out of Ethiopia in less than two days.

“Some 250 people have left for Israel within the past year until COVID-19 came. Now the travel has stopped, but Israeli officials are conducting interviews online,” Nigusie Alemu Eyasu, program director for the Ethiopian Jews Community, told AP.

Last October, Netanyahu phoned Ahmed to congratulate him on winning the Nobel Peace Prize. Netanyahu also said that he had been “impressed” by Ahmed’s visit to Israel the previous month.

During that visit, which took place in early September 2019, Netanyahu hailed his Ethiopian counterpart as “one of the most important and influential leaders in Africa.”