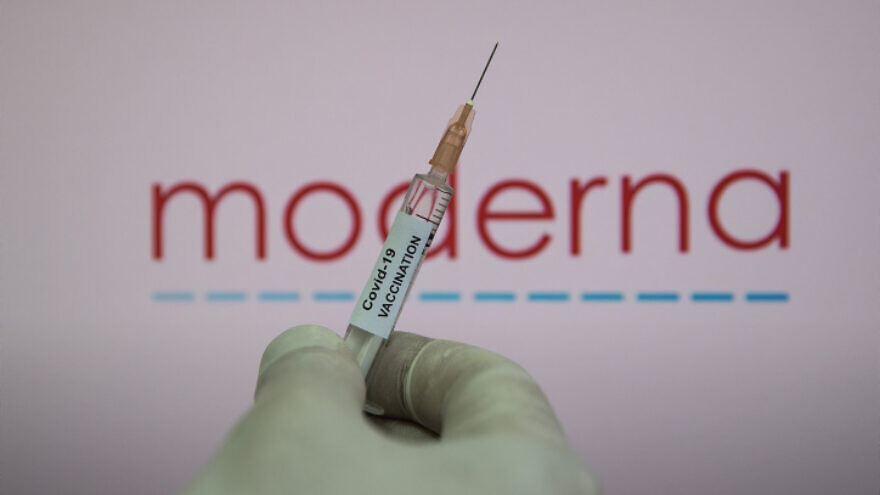 (November 19, 2020 / Israel Hayom) Israel is working to increase the number of coronavirus vaccine doses it is set to acquire from drugmaker Moderna, Israeli Prime Minister Benjamin Netanyahu said on Wednesday, noting he had spoken with Moderna CEO Stéphane Bancel on the matter. A new contract would be signed with the company in the next few days, he added.

The Israeli premier said that Israel would be among the first countries to receive vaccines from both Moderna and Pfizer. Both pharmaceutical companies’ vaccines have been found to be more than 90 percent effective in clinical trials.

Also on Wednesday, Israel’s so-called Coronavirus Cabinet approved an increase in the number of customers allowed in street shops and stores in open-air shopping centers. The number of shoppers allowed in stores will be limited to a maximum of 10 regardless of the store’s size.

The cabinet further approved the designation of the southern Israeli city of Eilat and the Dead Sea area as “tourism islands,” as well as the opening of zoos across the country.

Earlier in the week, Netanyahu asked Israel’s Ministry of Health and the National Security Council to propose coronavirus restrictions that would bring down the infection rate while still allowing for the continued opening of the economy and the education system “in a responsible manner.” Although the two bodies said there were no such concrete options available, a team of experts working with National Coronavirus Project Coordinator Nachman Ash submitted its proposals last week for avoiding a lockdown.

According to Professor Ran Balicer, an epidemiologist in charge of health planning for Clalit Health Services who heads Ash’s team of experts, each time a coronavirus restriction is rolled back, there must be some government activity that brings down the rate of infection.

Among the team’s recommendations were increased fines for violating restrictions. In addition, the team called to improve epidemiological investigations to focus not just on contacts but also on locations where there has been widespread infection.

Another proposal would see the use of QR codes upon entering stores. Such moves would help ascertain whether a person became infected inside a store.

The experts further recommended increasing COVID-19 testing, in particular for high-risk populations, as well as mandatory testing for pedagogical staff. Another recommendation would see the promotion of differential solutions aimed at adjusting the “traffic light” system, which classifies cities, towns and local authorities as red, orange, yellow or green depending on their case-infection numbers, to the current rate of infection and implementing the system nationwide.

Although a decision on implementing the team’s recommendations has yet to be made, Balicer said that he was optimistic that cabinet members would be open to their ideas.

Assaf Golan and Sefi Fishman contributed to this report.