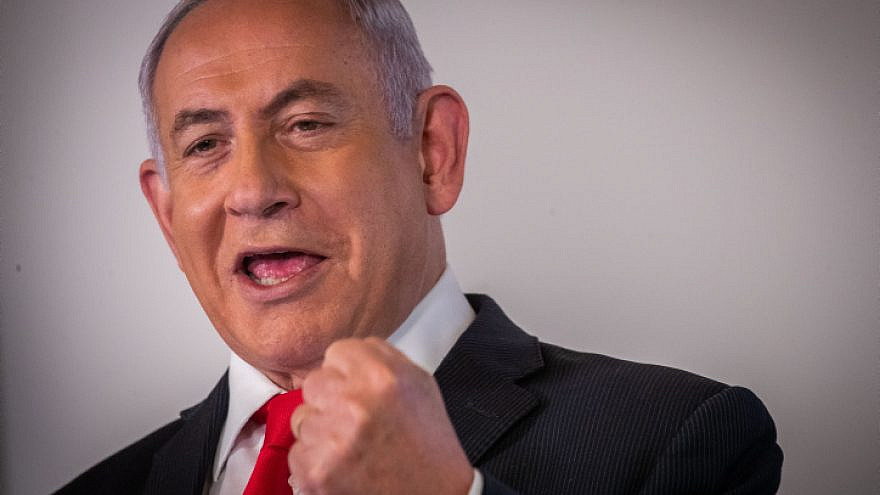 (December 13, 2020 / JNS) Israeli Prime Minister Benjamin Netanyahu told the 2020 Climate Ambition Summit this weekend about the progress his government has made and the challenges it faces in the field of clean energy.

In a pre-recorded video address, broadcast on Saturday at the virtual gathering—co-convened by Britain, the United Nations, France, Chile and Italy—Netanyahu thanked British Prime Minister Boris Johnson for hosting the summit, and stated that, like Britain, “Israel is totally committed to a successful transition from fossil fuels to renewable energy by 2050.”

“Israel is a global leader in cutting coal consumption,” he said. “By 2025—that’s just five years from now—barring an emergency, Israel will no longer be burning coal, any coal. In solar energy, over the last five years, we’ve increased our generation from two percent to some 10 percent. By 2030, solar energy will provide over a third of all Israel’s electricity.”

He added, however, that the challenge Israel faces with solar energy lies in its storage.

“My government is pursuing policies that will overcome this challenge,” he said. “We’re fortunate to have hundreds of Israeli startups that are working on this and related issues in alternative energy. These companies have and will receive billions of dollars in investments. I’m convinced that Israeli scientists and Israeli entrepreneurs, with their unquenchable ingenuity, will enable us to play our part in the global solar revolution.”

Referring to the recent Abraham Accords between Israel and its neighbors in the Gulf, Netanyahu concluded on an optimistic note.

“Cooperation in the field of solar energy is also an integral part of our new cooperation with the United Arab Emirates and Bahrain. So, not only is solar energy helping eliminate dependency on fossil fuels, it’s helping us cement Arab-Israeli peace. And both these goals offer us a bright, clean and safe future,” he said.