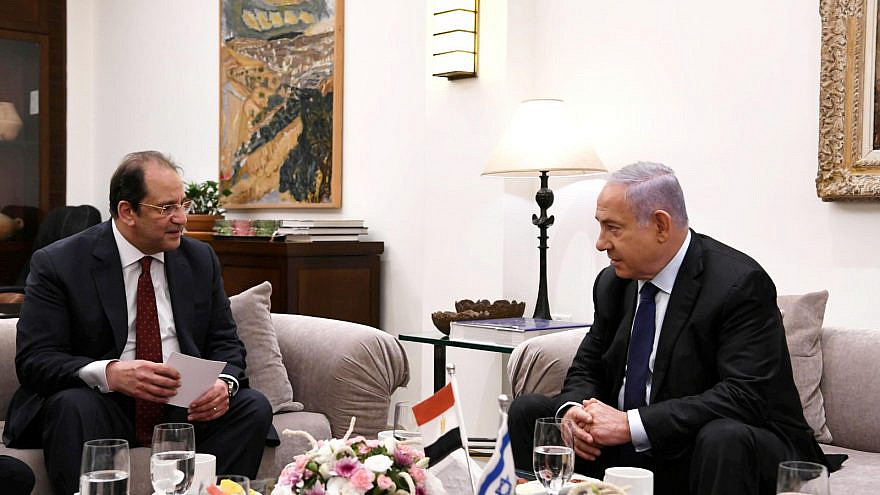 The two discussed strengthening cooperation between Israel and Egypt, as well as regional issues, according to a statement from Netanyahu’s office. They also talked about mechanisms to prevent Hamas from diverting resources intended for Gaza’s civilian population.

Netanyahu raised Israel’s demand for the return of the soldiers and civilians being held in the Gaza Strip.

Intelligence Minister Eli Cohen and National Security Council (NSC) head Meir Ben-Shabbat also participated in the meeting, according to the statement. Prior to the meeting with Netanyahu, Ben-Shabbat and Kamel held a lengthy meeting on the above-mentioned issues.

Kamel’s visit comes as Israeli Foreign Minister Gabi Ashkenazi is in Egypt for talks with his Egyptian counterpart Sameh Shoukry, the first official visit by an Israeli foreign minister to Egypt since 2008.