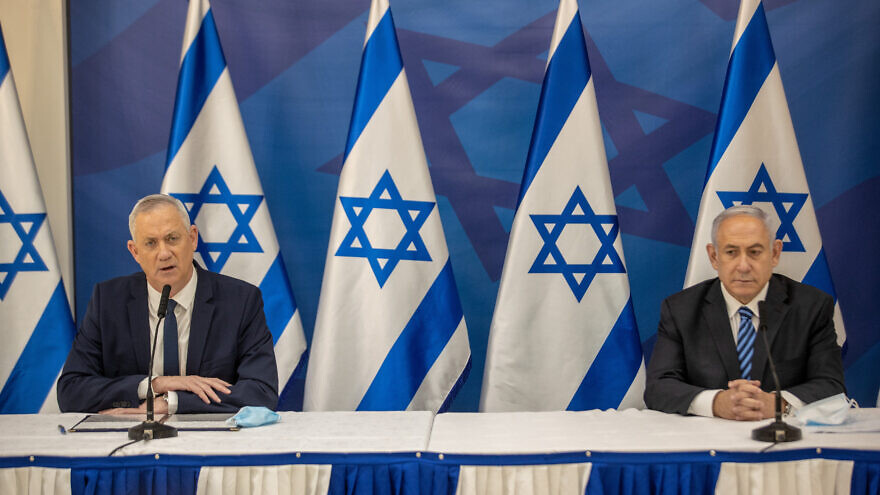 (July 27, 2020 / JNS) Israeli Prime Minister Benjamin Netanyahu said Hezbollah is “playing with fire” after the terror group launched an attack in Israeli territory on Monday that was blocked by the Israel Defense Forces.

“Israel will continue to take action against Iran’s efforts to entrench militarily in our region,” he said, noting that Hezbollah leader Hassan Nasrallah is “embroiling Lebanon” because of Iran.

“We view the effort to infiltrate into our territory with the utmost gravity,” Netanyahu said in a joint appearance with Defense Minister Benny Gantz at the IDF’s headquarters in Tel Aviv. “Hezbollah needs to know that it is playing with fire.”

On Monday afternoon, the IDF said it thwarted a Hezbollah terror cell along the northern border in a region known as Mount Dov or Shebaa Farms. The assault comes amid growing tensions between the terror group and Israel after a member of Hezbollah was reportedly killed in an Israeli airstrike last week in Syria.

Gantz said that Lebanon and Syria would face repercussions for any continued Hezbollah attacks from their territory.

“Lebanon and Syria are sovereign states and will bear the painful responsibility for any terrorist act that takes place on their territory,” he said. “Anyone who dares to test the power of the IDF will endanger himself and the country from which he operates.”

Nevertheless, Hezbollah denied that it carried out an attack on Israel, and that it still plans to avenge the death in Syria.

“All that the enemy claims in the media about thwarting an infiltration operation from Lebanese territory into occupied Palestine, as well as talk of the fall of martyrs and wounded Hezbollah members in bombing operations that took place in the vicinity of the occupation sites in the Shebaa Farms, is absolutely false,” Hezbollah said in a statement on its al-Manar satellite network.