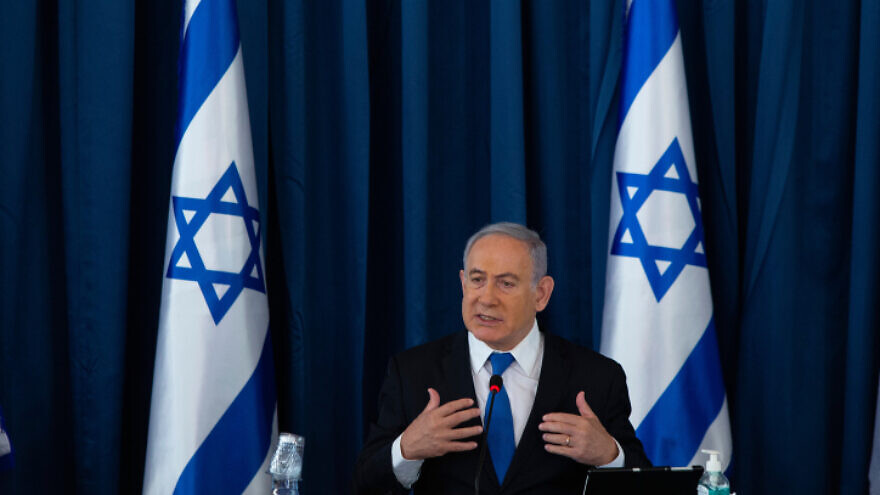 Speaking at the weekly Cabinet meeting, Netanyahu said: “Lebanon and Syria bear the responsibility for any attack against Israel emanating from their territories. We will not allow our security to be undermined; neither will we allow our citizens to be threatened. We will not tolerate attacks on our forces. Together with the defense minister and the chief of staff, I am holding ongoing assessments of the situation. The Israel Defense Forces are prepared to respond to any threat.”

His remark comes a day after the Lebanese media reported that Jerusalem had issued a similar warning to Hezbollah via the United Nations that it will not tolerate any act of aggression in the wake of the killing of one of its operatives in an airstrike over Damascus last Monday, which the Tehran-backed terrorist group attributes to Israel.

On Friday, the Israeli military announced that it was enhancing its defensive capabilities, stating: “In light of a situational assessment in the IDF and in accordance with the Northern Command’s defense plan, the IDF’s deployment will change in both the military and civilian arena with the goal of strengthening defenses along the northern border.”

Netanyahu addressed this in Sunday’s Cabinet meeting, as well, explaining that Israel is “acting according to our consistent policy of not allowing Iran to entrench militarily on our northern border.”