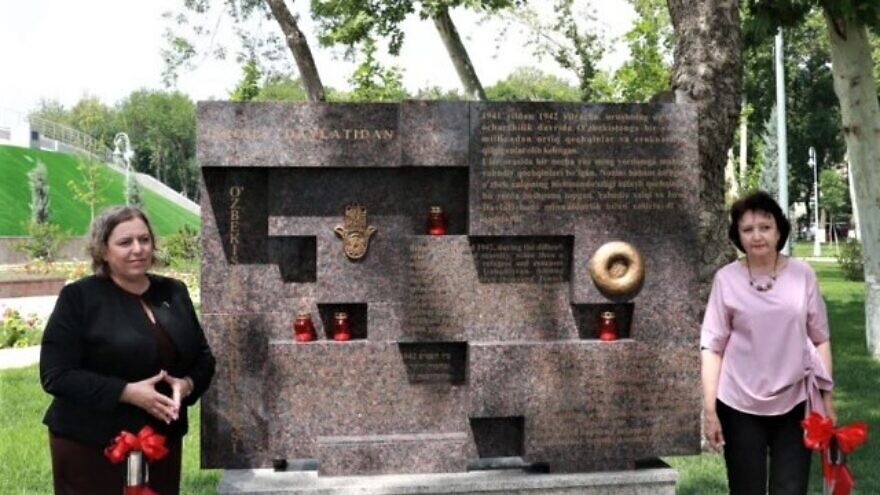 The monument is located in the city’s Victory Park. It was created by Uzbeki sculptor Marina Borodina.

According to the Israeli embassy, more than 1 million refugees, including hundreds of thousands of Jews, found shelter in Uzbekistan during the Holocaust.

At the May 29 inauguration ceremony, Israeli Ambassador to Uzbekistan Zehavit Ben Hillel stated that “I hope that with the help of this monument, we will shed more light on this incredible story of generosity and tolerance shown by the people of Uzbekistan.”

The dedication on the monument says in Hebrew, Russian, English and Uzbek: “Between 1941-1942, during a difficult period of war and shortages, more than 1.5 million refugees and evacuees were brought to Uzbekistan. Among them were several hundred thousand Jewish refugees who came here destitute. Thanks to the hospitality of the people of Uzbekistan, who shared their food with them and gave them refuge here, they found shelter and refuge here. The Jewish people and the State of Israel remember this gesture and are grateful for it.”

The development comes during the 30th anniversary of diplomatic relations between Israel and Uzbekistan, coupled with the imminent establishment of an Israel-Uzbekistan Chamber of Commerce.

The two countries have collaborated on projects in the areas of tourism, agriculture and the environment.