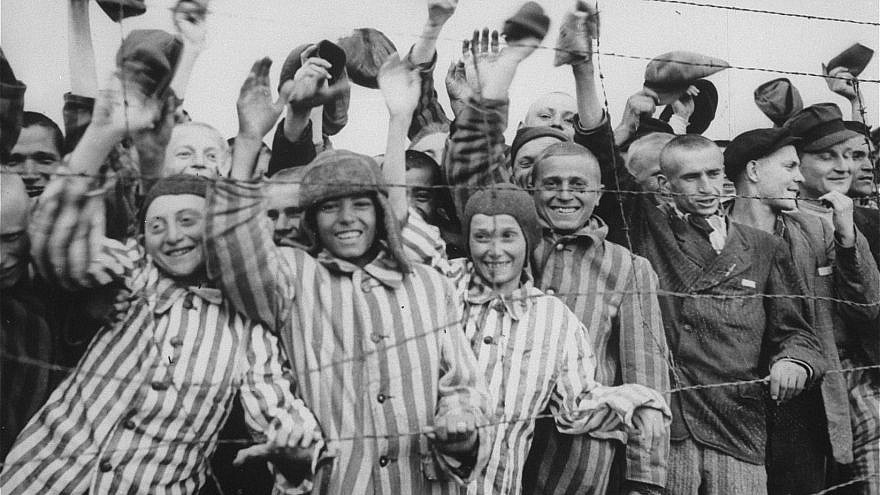 “As New Yorkers, we are united in our solemn commitment to Holocaust survivors: We will never forget,” said Hochul at the signing ceremony, which took place on Wednesday at the Museum of Jewish Heritage-A Living Memorial to the Holocaust in Lower Manhattan. “These are individuals who have endured unspeakable tragedy but nonetheless have persevered to build lives of meaning and purpose right here in New York.

“We owe it to them, their families and the 6 million Jews who perished in the Holocaust to honor their memories and ensure future generations understand the horrors of this era,” said the governor.

The new legislation authorizes the state’s commissioner of education to conduct a survey and determine whether school districts in New York are meeting the requirements for teaching about the Holocaust, which has been mandatory by law since 1994.

Avi Posnick, executive director for StandWithUs Northeast, was among those who attended the signing ceremony and said the Holocaust education bill, along with Hochul’s proclamation in June to adopt the International Holocaust Remembrance Alliance’s (IHRA) working definition of anti-Semitism, “stresses the critical importance of learning from and about the Holocaust.”

He noted in his statement: “At a time when anti-Semitic crimes are spiking across the nation, and 30% are taking place in New York and New Jersey, it’s high time to take these steps.”

Among other items that Hochul signed into law include a bill that requires the New York Department of Financial Services to keep a list of institutions that waive wire-transfer or processing fees for Holocaust reparations payments, and one that requires museums to publicly acknowledge the origins of artwork stolen from Jews by the Nazis.