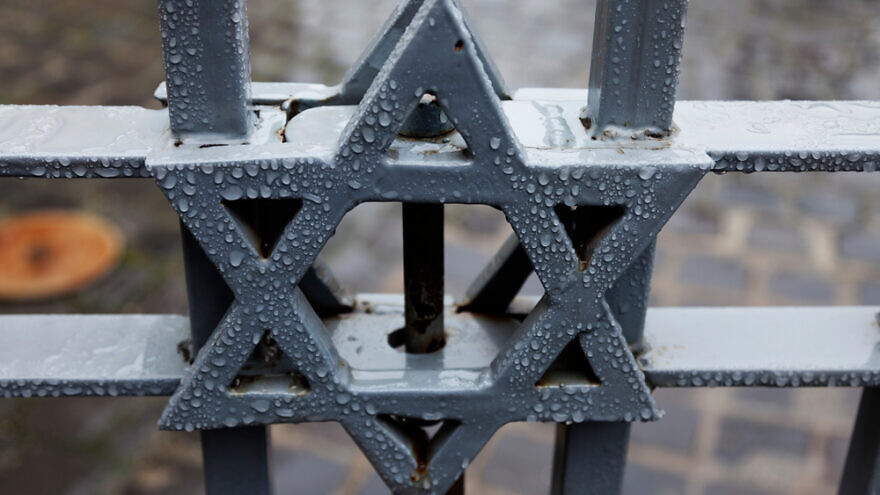 A gate with a Star of David on it. Credit: Shutterstock/Peter Ekvall.
Spread the word.
Help JNS grow!
Share now:

(February 15, 2022 / JNS) The UJA-Federation of New York has created a $250,000 fund to support a program to provide security upgrades to at least 50 small synagogues in Brooklyn, N.Y.

Assistance will go to synagogues in the heavily Jewish neighborhoods of Midwood, Kensington, Williamsburg, Crown Heights, Borough Park and Flatbush with a capacity of fewer than 200 people and little or no staff.

The program, run by the Community Security Initiative—a joint project of UJA-Federation and the Jewish Community Relations Council of New York—“closes a crucial gap that often leaves out smaller synagogues from accessing funding from government or other sources for physical security enhancements,” according to a news release on Monday announcing the fund.

It added that “new security enhancement packages can include the installation of new doors, locks and video cameras, and will be followed by active-shooter and access-control training for staff or key congregants.”

The physical enhancements and the training will be carried out in partnership with neighborhood civilian patrols and Jewish community groups.

Some 250 small synagogues operate in Brooklyn, and the majority of them do not have basic security measures, according to the UJA-Federation of New York.

“No synagogue should be left without proper security measures just because they lack access to necessary funding,” said the federation’s CEO Eric S. Goldstein. “Whether praying in the largest shul in Manhattan or the smallest shtiebel in Brooklyn, every Jew deserves the right to worship in peace and security.”

Synagogues can apply online for the program at: jcrcny.org/smallshuls.