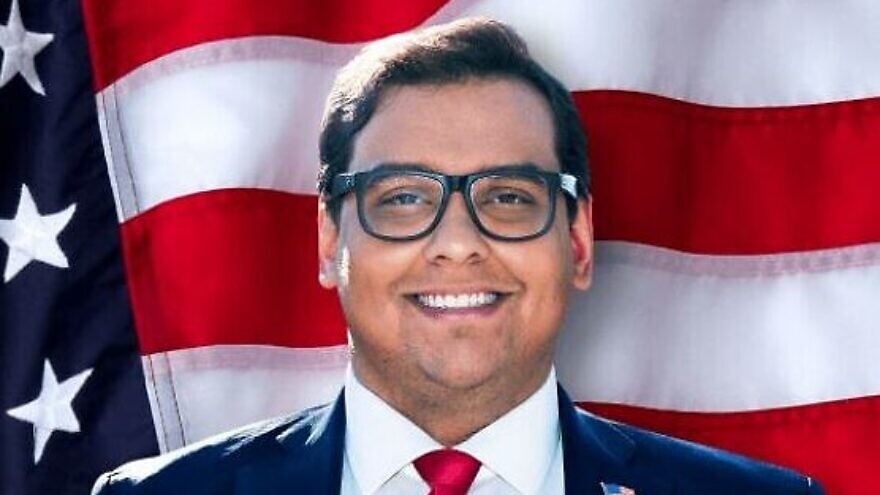 (December 30, 2022 / JNS) After revelations surfaced that George Santos, due to be sworn in as a congressman on Jan. 3, lied about his past, it was revealed on Wednesday that the Republican was under investigation by Long Island prosecutors.

Nassau County District Attorney Anne T. Donnelly, a Republican, said the fabrications and inconsistencies were “nothing short of stunning.”

“The residents of Nassau County and other parts of the third district must have an honest and accountable representative in Congress,” said Donnelly. “If a crime was committed in this county, we will prosecute it.”

A spokesperson for the Nassau County DA’s office, Brendan Brosh, said Wednesday that they were looking into the matter. While the New York attorney general’s office has already said it is looking into issues that have come to light.

Among his falsehoods, Santos claimed that his mother was Jewish and that his grandparents fled from the Nazis. Santos also admitted to never graduating from any college, despite previously claiming to have received a degree from Baruch in 2010, and also confessed that he had “never worked directly” for Goldman Sachs and Citigroup.

“I believe a full investigation by the House Ethics Committee and, if necessary, law enforcement, is required,” Lalota said on Tuesday.

The Republican Jewish Coalition also put out a statement saying that Santos was no longer welcome at their events.

“We are very disappointed in Congressman-elect Santos,” RJC CEO Matt Brooks said in a statement on Tuesday. “He deceived us and misrepresented his heritage. In public comments and to us personally he previously claimed to be Jewish. He has begun his tenure in Congress on a very wrong note. He will not be welcome at any future RJC event.”

In a Twitter post on Wednesday, Santos suggested he had no plans to step down during his visit to the U.S. Merchant Marine Academy earlier that day. Santos is scheduled to be sworn in next Tuesday when the U.S. House of Representatives reconvenes.