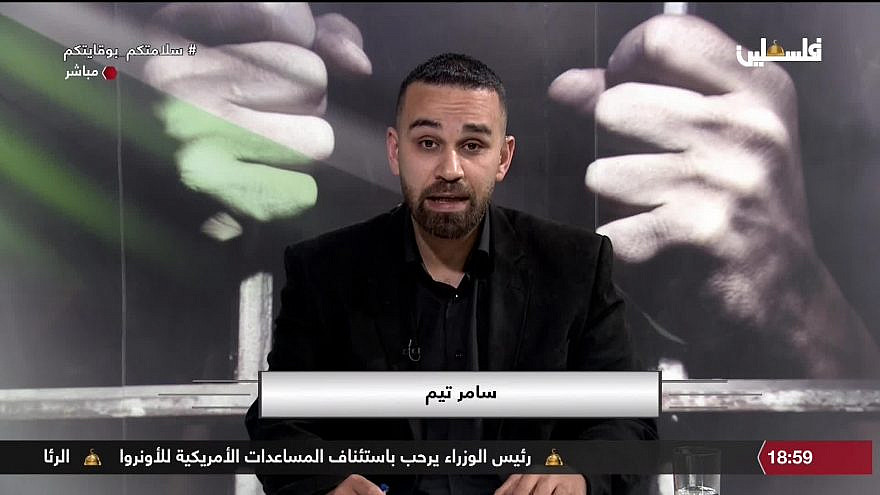 The segment aired on Palestine TV on April 8, 2021, upon Abu Mokh’s completion of a 35-year sentence in Israel for his role in the kidnapping and murder of Israeli soldier Moshe Tamam in 1984.

“And now, with pride, glory, dignity and elation, but with humility as well, let us meet one of the outstanding people of our nation, and a family that is a model of sacrifice, defiance and patience,” said the show’s host by way of introducing Abu Mokh.

“We are proud to be with Rushdie Abu Mokh today on Palestine TV,” he continued, “But we also bow our heads in humility before these luminaries.”

It was a “disgrace” that Palestinian prisoners remained incarcerated in Israel, he added.