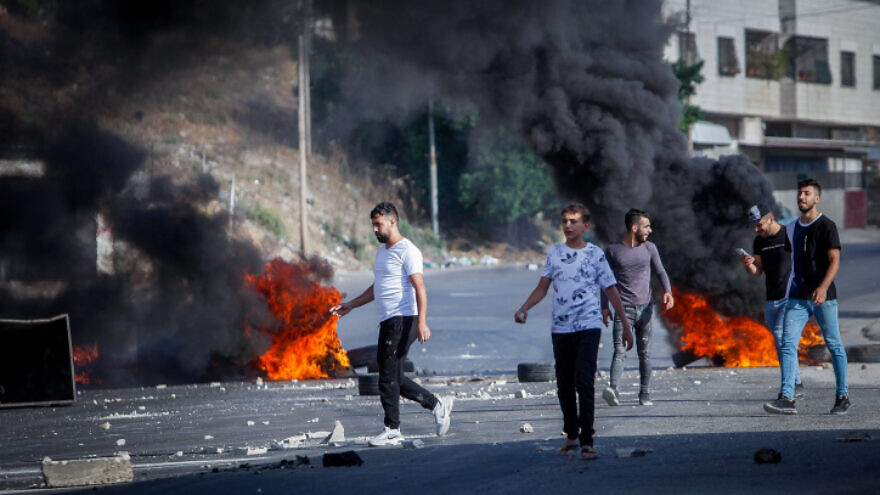 (August 18, 2022 / JNS) A Palestinian youth was killed and some 30 Palestinians were wounded on Wednesday in Nablus during clashes with Israeli forces that erupted when a Jewish group was attacked on the way to Joseph’s Tomb, Israeli media reported.

There were no Israeli casualties or wounded, though a bullet struck the visitors’ armored bus, according to the reports.

The incident began when the would-be worshippers and the security forces guarding them entered the city and were met by Palestinian rioters. The visit was a monthly pilgrimage to the site coordinated in advance with the military.

The previous visit took place on June 29, resulting in two Israeli civilians and a member of the security forces being wounded after coming under “massive” Palestinian gunfire.

The same month, a mob of Palestinians broke into Joseph’s Tomb, setting fire to the site and smashing parts of the tomb structure.

The renewed violence in the city comes in the wake of the killing by Israeli forces of wanted Palestinian terrorist Ibrahim Nabulsi on Aug. 9.

“We will not give in to attempts to stop the Jewish presence at Joseph’s Tomb. Precisely now we must increase the visits in order to send a clear message to our enemies: We will not give in to terrorism,” said Samaria Regional Council head Yossi Dagan in response to Wednesday’s incident, according to Channel 2.