By that, I mean the predatory, bullying Russia that we know from history. The Russia that persecutes Jews and other minorities, whether under the tsars or the Bolsheviks. The Russia that sneers at freedom of speech, freedom of assembly and the other precious individual rights that prevail in the democratic West, while pushing its own brand of nationalist, obscurantist ideology.

When it comes to the “Jewish Question,” as the Bolsheviks were fond of calling it, Russia’s hostility is eminently recognizable. For much of the Putin era, that reality has been obscured, as the Russian dictator actively promoted the impression of a benevolent disposition towards the country’s Jewish minority, assisted in this task by a number of Jewish influencers abroad who really should have known better. Yet as was predictable, with the first whiff of a geopolitical crisis, Jews have once again been cast in a villainous role.

In a recent interview with the Voice of America’s Russian-language service, Natan Sharansky, the former Soviet Jewish refusenik who served as head of the Jewish Agency from 2009 to 2018, observed that Russia is “almost completely isolated from the free world.” Like a wounded animal, it is lashing out at its adversaries as a result, trying to find and pressure any weak spots. Sharansky pointed to the example of Germany, where the coming winter is anticipated with dread given the German dependence on Russia’s heavily sanctioned energy sector.

“They are scaring Germany with the fact that people will start dying from the cold in winter,” said Sharansky.

In Israel, of course, the mild winters and the lack of dependency on Russian natural gas—earlier this year, the European Union even signed a deal to import Israeli and Egyptian natural gas as part of weaning the bloc off Russian supplies—mean that the regime in Moscow has to select a different pressure point. “In the same way, they are starting to put pressure on us, using the Jewish Agency,” emphasized Sharansky.

Russia’s campaign against the Jewish Agency, which assists Jews wishing to emigrate to Israel, was launched at the end of last month. The Russian ministry of justice filed a legal bid to close the agency’s local operations, alleging that a database of Russian citizens was being maintained in contravention of Russian law.

The court where the case against the Jewish Agency was filed—the Basmanny District Court—has become the emblem, as far as Russian dissidents are concerned, of the politicization of the country’s judicial system. Mikhail Khodorkovsky, once Russia’s wealthiest man until Russian President Vladimir Putin came gunning for him in 2005, even coined the term “Basmanny justice” to describe the woefully compromised state of the Russian judiciary. And “Basmanny justice” is no doubt what lies in store for the Jewish Agency.

An initial court hearing on Aug. 19 was postponed for a month after some legal wrangling. Lawyers for the Jewish Agency had initially requested an out-of-court mediation process, a proposal the Russian government lawyers summarily rejected. By the middle of September, the agency will be expected to have come up with a plan to ensure its operations conform to the law.

Russia’s official position is that its bid to shutter the agency isn’t politically motivated. “There are issues from the point of view of complying with Russian law,” said Putin’s spokesman Dmitry Peskov. “The situation should not be politicized or projected onto the entirety of Russian-Israeli relations.” 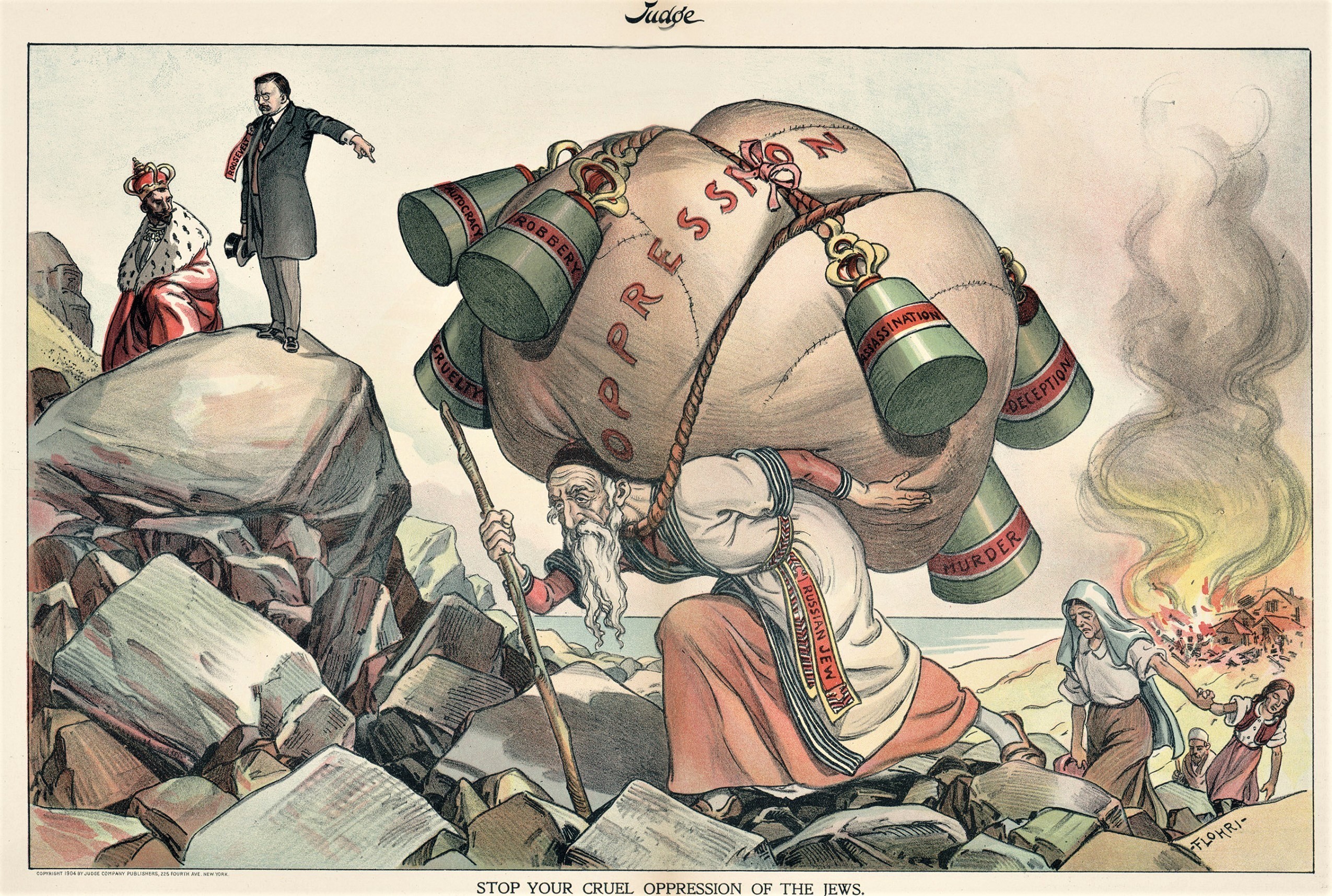 But that analysis is disingenuous, to say the least. Since the onset of the Russian invasion, the regime in Moscow has been increasingly disappointed by the Israeli government’s diplomatic and humanitarian support for Ukraine, and it cannot fail to have noticed the large pro-Ukrainian demonstrations that have been staged in Tel Aviv and other Israeli cities. Anti-Semitism has also crept back into Russian discourse, most notably through Foreign Minister Sergey Lavrov’s infamous statement that Hitler had “Jewish blood”—itself a cry of frustration that most Israelis regard Russia’s demonization of Ukraine’s elected government as “neo-Nazis” with the contempt it deserves.

In the imagination of Russian anti-Semites, Jews have always been portrayed as an alien fifth column. Prior to the Nazi seizure of power in Germany, Russia was arguably the main innovator in terms of anti-Semitic ideology, with the tsarist secret police, the Okhrana, having fabricated The Protocols of the Elders of Zion in 1903. After World War II, under the rule of Joseph Stalin and his successors, anti-Semitism became official policy, with Soviet Jews collectively tarred as potential agents of “Zionism,” which in Soviet propaganda became a sinister global force for the promotion of capitalism and colonization in the developing world. Just as today’s Russian leaders smear Ukraine with the “Nazi” label, their Communist predecessors did the same to Israel, right down to the publication of cartoons gleefully depicting Menachem Begin, the late Israeli Prime Minister, dressed in an SS uniform.

Over the last year, anti-Semitism has reappeared in the statements of the Russian elite. An article published last October by the former Russian prime minister, Dimitry Medvedev, excoriated Ukrainian President Volodymyr Zelensky for masquerading as a Ukrainian when he is really an Ashkenazi Jew. Meanwhile, the ideologue of “Eurasianism”—Alexander Dugin, a Russian political philosopher, analyst and strategist known for his ultra-nationalist views—is well-known for arguing that Jews can essentially be divided into “good” and “bad” categories. Observant Jews who live as quiet, loyal citizens are acceptable, in Dugin’s view. The rest are not. And even that separation is not enough for some; in a detailed review of Russian policies towards Jews, the Institute of Modern Russia’s Dmitry Shlapentokh reminded his readers of ideologues like the Soviet historian Lev Gumilev, who regarded Jews as the one exception to the otherwise happy mosaic of nationalities gathered by the Soviet Union. Gumilev argued that Soviet Jews were coexisting unnaturally with other nationalities, creating an artificial sense of national unity.

No wonder, with the rejuvenation of these toxic ideas, that more than 20,000 Russian Jews—at least 10% of the community—have emigrated to Israel since Ukraine was invaded, and no wonder that many more would like to do the same. Once again, the writing is on the wall for Russian Jews. The duty of their fellow Jews is clear enough—to get as many of them out of Russia as quickly as possible.

Because Russia is being Russia again. And Jews know better than most what that means.