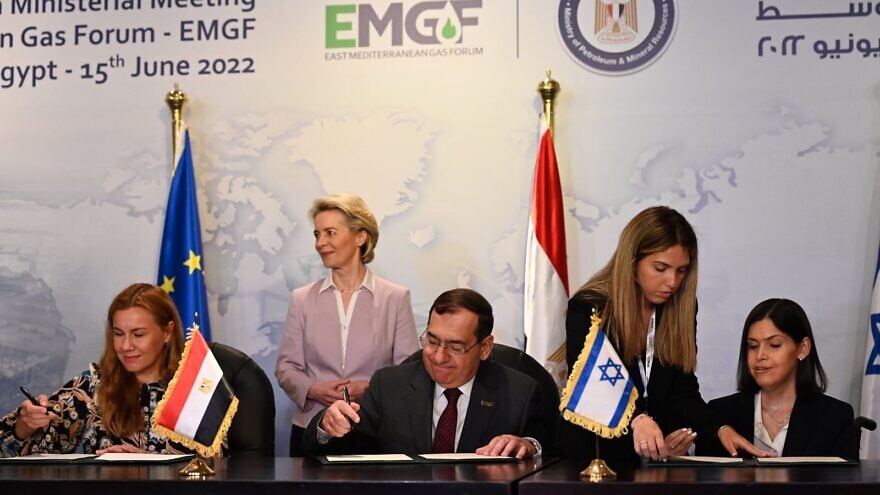 (June 15, 2022 / JNS) Egypt, Israel and the European Union signed a deal on Wednesday to increase liquified natural-gas sales to E.U. countries that want to diversify from their dependence on Russian energy supplies.

The deal was signed in Cairo. European Commission chief Ursula von der Leyen said Israel would send gas to Egypt to liquefy it for export by sea, reported the AP.

“What a special moment. I very warmly welcome the signing of this historic agreement,” she said.

Von der Leyen later said in a joint news conference with Egypt President Abdel Fattah el-Sisi: “It is known that the Russian war against Ukraine has exposed our European dependency on Russian fossil fuels, and we want to get rid of this dependency.”

Israeli Energy Minister Karin Elharrar said “this is a statement to those who see in our region only negative forces such as division and conflict. This [Memorandum of Understanding] shows us that we are paving a new path of partnership, solidarity and sustainability.”