(January 10, 2021 / JNS) House Speaker Nancy Pelosi currently has just one thing on her mind: impeaching President Donald Trump. Because Vice President Mike Pence won’t support invoking the 25th Amendment, which would strip Trump of his presidential powers, she intends to launch a quick impeachment vote with the backing of others in Congress if he doesn’t resign willingly.

As Republican leaders don’t plan on backing the initiative (at least that’s what they decided behind closed doors), it is destined to fail—similar to the attempt to disqualify some of the Electoral College votes last week. Hence, Pelosi is doing precisely what she accuses Trump of doing—dividing America when the one thing it needs is to unite. Even more so with just days remaining until the end of his term.

In an interview with “60 Minutes,” Pelosi didn’t mince words, calling the president “deranged,” “unhinged” and “dangerous.”

The big question is where Pelosi was during the riots and looting across the U.S. this past summer. The Democrats’ hypocrisy in this context knows no bounds. Trump’s speech to his supporters before the storming of the Capitol on Jan. 6 was a bad mistake, but the Democrats are now making it worse. (And let’s not forget that Pelosi herself harmed the congressional institution, even if not physically, when she tore up Trump’s State of the Union address on live TV in front of tens of millions of Americans.)

Twitter decided on Friday to shut down Trump’s Twitter account indefinitely, after initially suspending it for 12 hours on Jan. 6. The decision reverberated across the United States and the entire globe, as the president’s Twitter account is perhaps his main tool for communicating with the American public; he has 88 million followers. Twitter’s stock plummeted and Trump’s many supporters—74 million of whom voted for him, it’s important to note—furiously accused the social-media giant of censoring one side of the political divide.

Just a reminder: While the president’s Twitter account is disabled, Iran’s supreme leader, Ayatollah Ali Khamenei, continues using the platform to deny the Holocaust and disseminate his doctrine of hate.

These days, conservatives in the United States believe the best way to fight the social-media networks is to establish competing networks of their own and weaken the monopolies of Twitter, Facebook and Instagram, which all blocked the president’s official accounts.

The blocking of Trump’s account on Friday came after two additional tweets of his: In one he called his supporters “patriots,” and in the second, he said he wouldn’t attend President-elect Joe Biden’s inauguration.

The California-based company presented the suspension as an attempt to prevent the president from inciting violence and avoid a repeat of Wednesday’s events on Capitol Hill. All of the president’s thousands of tweets from the past four years simply vanished from the Internet. Trump himself tried tweeting from other accounts, including the official account of the U.S. president, from which he warned against trying to silence 75 million people. “We will not be silenced,” he wrote in capital letters, indicating he was examining the option of establishing a “platform of our own.” 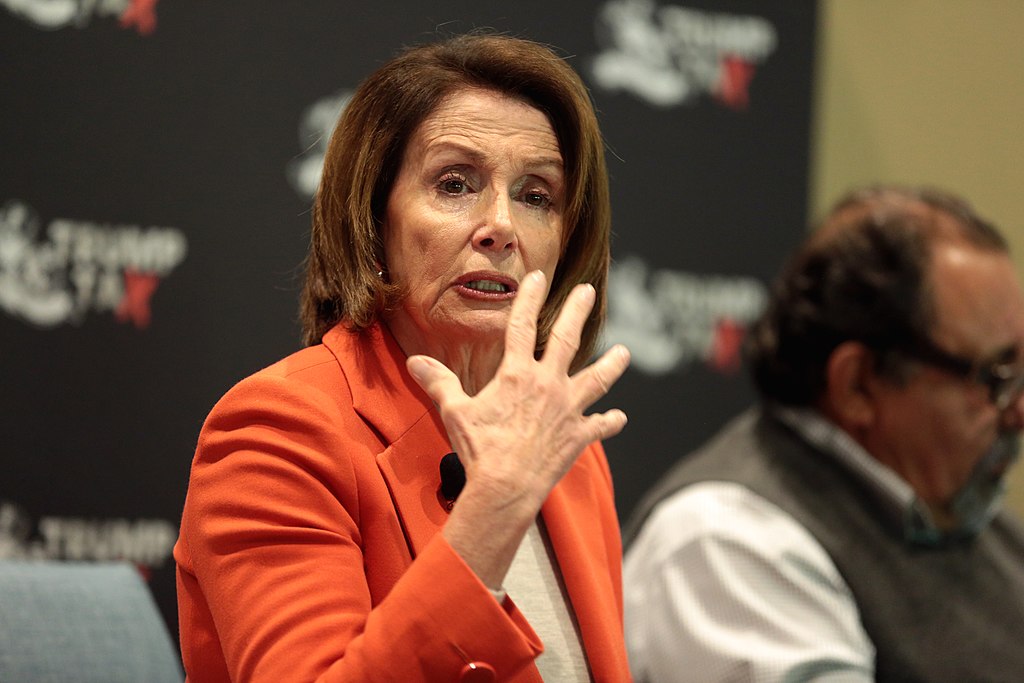 As stated, people on the right are livid at Twitter over its astoundingly Orwellian measure. We should note that even on the election trail Trump assailed Silicon Valley “big tech” for choosing sides. Trump himself discovered the immense power of communicating via Twitter in 2011. There’s no doubt that blocking his primary and most direct avenue of communication with his base is a severe blow to the president, but according to several of his supporters who I met in Washington on Friday, the move will only amplify support for him. “Trumpism isn’t going anywhere. The more they attack him, the more we will support him,” said Paul, who came to the rally from Idaho with two friends.

The outrage against Twitter is considerable among conservatives but is not unequivocal. Not everyone in the conservative camp likes the president’s tweets, nor the fact that Twitter became his main tool. There’s no question that many Republicans also didn’t like his tweet against Mike Pence last week after the vice president fulfilled his congressional duties during the Electoral College vote. Silencing him, however, is a step too far. In America, we must bear in mind, freedom of expression is a sacred right; hence, the discussion surrounding alternative social-media platforms such as Parler.

The media wants Trump’s head on a platter. The Republicans won’t risk impeaching a president 11 days before the transfer of power in Washington. Israel Hayom has learned that Republican senators will try navigating between the Democrats and the press, who want Trump’s head, and the 74 million American voters who view Trump as the leader of the Republican Party. A difficult task indeed.

Sen. Lindsey Graham (R-S.C.) personally felt the ire of Republicans for coming out against the president shortly after the despicable Capitol breach. He was heckled by protesters at Ronald Reagan Washington National Airport. The Republican senators understand that joining the Democrats’ initiative will reduce their chances of getting elected in two years’ time (or whenever they are up for reelection).

Pelosi decided to submit a formal impeachment inquiry if Trump refuses to resign, but without Republican cooperation in the Senate, the measure is dead in the water. Biden has said he will not interfere. Jim Justice, the governor of West Virginia, doesn’t understand why America needs this divisive measure right before the transfer of power, particularly after Trump on Friday declared power would be transferred in a quiet and lawful manner.

The big question is how the Republican senators will react to the Democrats’ impeachment push.

A real battle on this issue is currently being waged behind the scenes, and to the best of my understanding, the Republican senators will allow Senate Democrats, headed by Chuck Schumer, to proceed with the inquiry without helping him. The Republican senators presently find themselves between the American media’s insatiable appetite for Trump’s head and the 74 million Americans who voted for him and remember all the good things he has done.

No sane American condones what happened on Capitol Hill on Jan. 6, but from that to impeaching a sitting president, the distance is great. Such an extreme and dramatic step, just days before the conclusion of his term, stands in stark contrast to the notion of American unity evoked by Biden.

The belief is that Pelosi is enacting the measure due to a personal grudge against Trump, and mainly to prevent him from running again in 2024. According to many others, meanwhile, an impeachment inquiry will only bolster the support for Trump from his base. Either way, virtually identical headlines are being splashed across the front pages of U.S. newspapers, from The New York Times to The Wall Street Journal, saying that Trump is facing increased calls for impeachment. The New York Post, meanwhile, ran the one-word headline, “Revolting,” to describe the scenes from Capitol Hill.

The media found a great opportunity to settle a score and is now crucifying Trump. The criminals who stormed the U.S. Congress provided proof of all its claims and Trump’s considerable achievements won’t stand to his credit. The newspaper headlines say it all: treason, revolt, uprising, domestic terrorism, revolution. The rift between at least half of Americans and the anti-Trump media is unbridgeable. It’s a fact that the most recent Rasmussen poll showed increased support for Trump. In the days since the Capitol incident, the outgoing president’s approval ratings have approached the 50 percent mark.

Boaz Bismuth is editor in chief of Israel Hayom.