(December 9, 2021 / JNS) After three years of construction, the Israeli Ministry of Defense announced the completion of a multi-level barrier between the Jewish state and Gaza. But while Israelis are cheering it as a way to stop terrorism and save lives, the country’s critics around the world are using it as ammunition for their ongoing campaign to demonize both the Jewish state and to depict Palestinians as helpless victims of a new “apartheid wall” that has turned Gaza into an “open-air prison.”

The barrier is being depicted in much of the international press and social media as part of an effort to strangle Gaza, whose 2 million inhabitants are locked inside a small enclave by what The Washington Post called “a crippling blockade” of the area by Israel and Egypt. To those, such as Reps. Ilhan Omar (D-Minn.) and Rashida Tlaib (D-Mich.), who along with their progressive allies demonized Israeli self-defense on the floor of the U.S. House of Representatives in May while giving a pass to Hamas and other terror groups in the Gaza Strip for launching 4,000-plus rockets for 11 days straight towards Israeli civilians, it’s just one more reason to depict the Jewish state as an oppressor of Palestinian “people of color.” To them, and the growing number of leftists in academia, the media and among members of the Democratic Party’s activist base, the fence is just more fodder for invective that aims at delegitimizing the country’s efforts to defend its citizens against Hamas terror.

The structure is a technological marvel that stretches for 40 miles along the border between Israel and the Hamas-ruled enclave. It includes an underground wall with sophisticated censors and an above-ground fence with video monitors, as well as a naval component to protect Israel’s sea coast and cost $1.11 billion to build.

The purpose of this effort is obvious to fair-minded observers: prevent cross-border terrorism from Gaza. After Hamas dug tunnels under the border from which it launched raids designed to murder and kidnap Israelis during the 2014 war, the Israeli military was forced to come up with a solution to this threat other than building a bigger fence. The answer was something that could seal the border both above and below the surface.

The Iron Dome and Arrow missile-defense systems answered Hamas rocket fire at Israeli civilians. But they can’t guarantee that every projectile will be shot down before harming anyone if the terrorists fire hundreds at a time. Nor can they stop the Palestinians from launching explosive-laden balloons over the border that are carried by the wind and can start fires, injure children or worse. 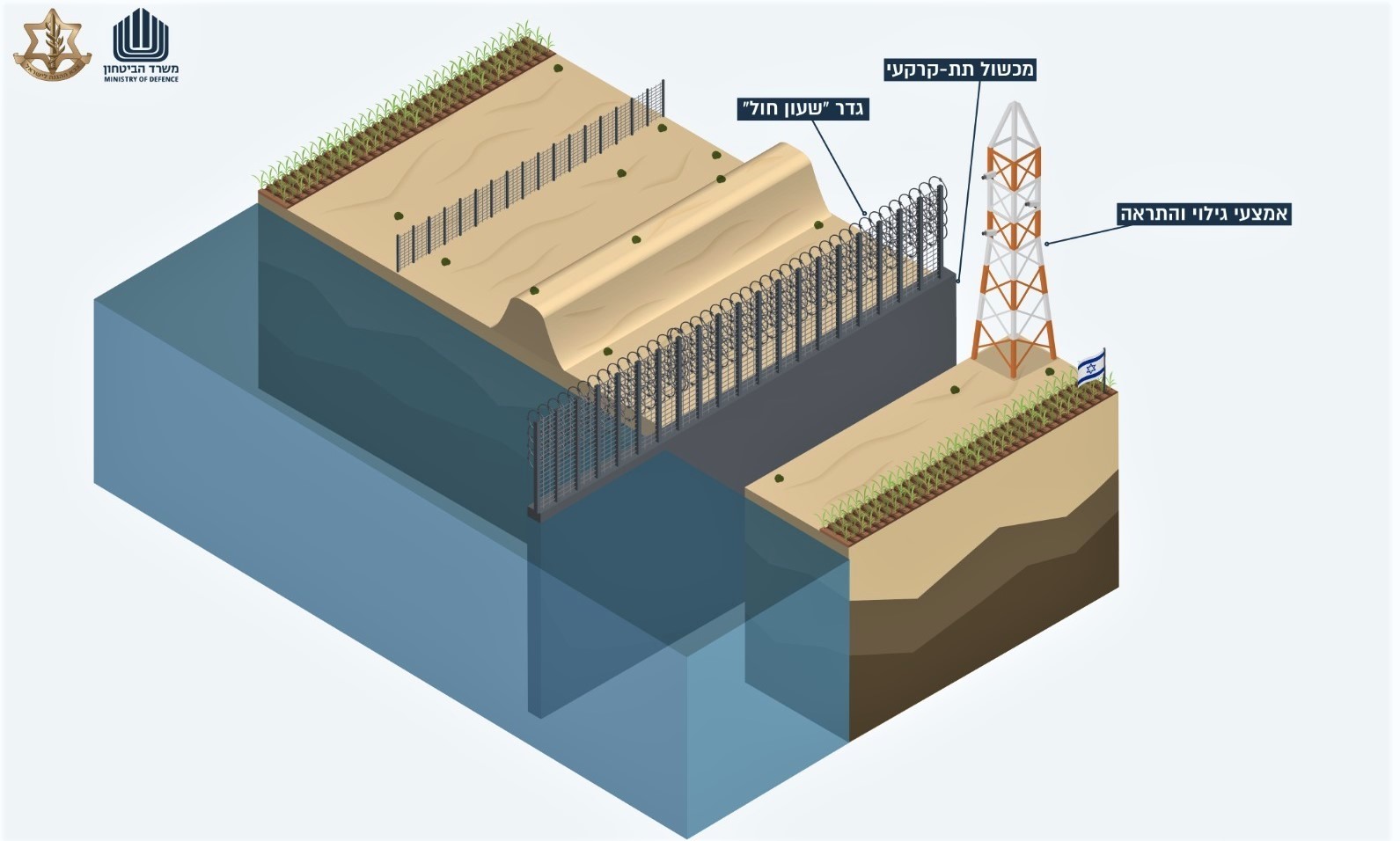 In the same way, the new barrier would seem to ensure that Hamas’s massive investment of foreign-aid money into tunnel building won’t allow them to kidnap or murder people on the other side of the border. It will also hopefully make it possible for Israel to continue to avoid, as it did last May, any direct incursions into Gaza in order to stop terrorist attacks, thus saving lives on both sides. But no one can be sure that this will prevent terrorists from coming up with other ways of getting at Israelis at some point in the future.

Still, along with Israel’s brilliant innovations in anti-missile technology, the new fence is an amazing achievement. The proof of the value of these vast expenditures is the fact that the communities along the border have thrived, despite being effectively under siege at times from rocket and missile fire aimed at disrupting normal life and killing as many Jews as possible.

Those calling it an “iron wall” may not understand the historical implications of the term. That was the title of an essay written in 1923 by Zionist leader Ze’ev Jabotinsky, the ideological father of Israel’s right-wing parties. At the time, many Zionists foolishly believed that the Arabs—“Palestinians” being a term then only associated with Jews since there had not previously been any evidence of a separate Palestinian Arab nationality distinct from Arabs in the surrounding countries—would welcome the return of the Jews because of the prosperity that development of a mostly barren country would bring to all inhabitants. Jabotinsky correctly predicted that nationalist sentiments would ensure their opposition and said it would only cease once the Jews had placed themselves “behind an iron wall of defense” that would make it clear that efforts to destroy a Jewish state could never succeed. Only then, he wrote, would peace as well as self-determination for both Jews and Arabs ensue.

That is a philosophy that ultimately determined the policies of Jabotinsky’s political rival David Ben-Gurion, Israel’s first prime minister, as well as most of his successors. The Gaza barrier is just the latest, though perhaps the most tangible, expression of this idea.

The problem is that many of those fulminating on Twitter about an “apartheid wall” and encouraging efforts by Hamas to try to breach the new fence don’t understand what the conflict is all about.

The goal of Hamas—and unfortunately, even the so-called Palestinian “moderates” of the Palestinian Authority—is not a two-state solution or an end to the “occupation.” While for some on the Jewish left that might signify a desire for Israel to leave the West Bank, to Palestinians and many of their foreign cheerleaders, all of the Jewish state is “occupied.” The point of the assaults against the previous border barrier orchestrated by Hamas starting in 2018 was to call for a “right of return,” which means an end to the Jewish state—something that is incompatible with any notion of peace not predicated on the eviction and/or genocide of Israeli Jews. As long as Palestinians are locked in the mindset of a century-long war to end Zionism that seems inextricably tied up with their national identity, peace remains impossible.

While life in Gaza is claustrophobic and unpleasant, the blockade of the strip by both Israel and Egypt is caused by the fact that it is run by an Islamist terrorist group pledged to war against its neighbors, as well as to tyrannize the Palestinians who live there. Quarantining Gaza until such time as its people can contrive to rid themselves of their terrorist masters is the only sane response to this situation.

But more important was a basic premise of Jabotinsky’s essay that the Zionist effort to restore Jewish self-determination in their ancient homeland is “moral and just.” What those who invoke misleading and false memes about “apartheid” and “occupation” are doing is essentially saying that Jews have no right to be in their own country, let alone to defend themselves against terrorist raids or missiles.

Gaza, from which Israel withdrew every soldier, settler and settlement in 2005, isn’t “occupied.” It’s an independent Palestinian state in all but name, and every move of those who govern it has reinforced the Israeli belief that any withdrawal from the West Bank—where a new Hamas terror state might be formed—isn’t so much ill-advised as it is insane.

That’s what those who talk about the injustice of the new fence or the “occupation” should remember. The same is true of intersectional ideologues on the left, such as those in the congressional “Squad,” who challenge the right of the Jewish state to exist. Israel needs both a literal and figurative “iron wall.” Those who claim to advocate for peace should join in celebrating its completion, even as we lament the fact that Palestinian fantasies about Israel’s destruction have made it necessary.