(September 20, 2018 / JNS) When New York Times columnist Thomas Friedman offers up a Middle East peace plan, the world stops and listens. Or at least it used to. The three-time Pulitzer Prize winner has been opining about the region for decades, and the shopworn feel to his advice is beginning to feel about as tired as a prose style that remains as awash in clichés today as it ever was. 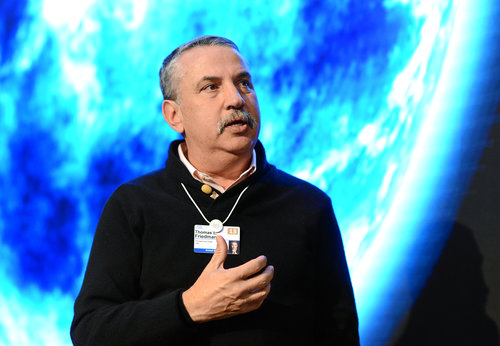 In 2002, when Friedman sought to play midwife to a peace initiative from Saudi Arabia, the result was a public-relations coup for the columnist/author, even if it turned out that there was less to the idea than met the eye. But it isn’t likely that his latest set of suggestions for Middle East peace—in which he offers the Palestinians a plan for putting Israeli Prime Minister Benjamin Netanyahu in a pickle—will cause much of a splash. Friedman still writes as if he was uniquely positioned to speak truth to both sides and the world is hanging on his every word.

It isn’t. But that doesn’t mean that his writing is insignificant—and that’s not only because he retains his influential perch at the Times. Friedman has evolved over the years into a pitch-perfect indicator of conventional wisdom. If you want to know what is wrong with the thinking that dominated U.S. foreign policy until the Trump administration—and what the people who believe they will run things again after they hope U.S President Donald Trump is swept out of Washington—then you should read Friedman’s columns.

That’s why his latest contribution to the ever-growing pile of schemes to fix the conflict between Israel and the Palestinians is worth a look, even if it is as much of a non-starter as the rest of the genre. It also demonstrates anew that although Friedman has almost certainly forgotten more about the Middle East than Trump has ever learned, the administration for which he has so much contempt may actually have a better handle on the conflict than the veteran commentator.

The passage of time since the publication of his book From Beirut to Jerusalem in 1989, which made him a foreign-policy rock star, has not been kind to Friedman. The conversation, especially at the left-leaning Times, about foreign policy has fundamentally changed in the last two decades. At a moment when the paper’s readers are far more interested in resisting Trump than in helping him succeed, Friedman’s columns seem out of touch. Though his pretensions are still insufferable, his goal remains the creation of a kind of consensus about policy that doesn’t fit in with the polarized environment in which we now live.  As such, even the most critical of his readers can almost sympathize with the plight of a writer who seems to want everyone, even Trump, to be smart as he thinks is, rather than to simply eviscerate the administration.

Friedman’s latest column states a great deal that is true about the situation. He’s right that Hamas is “a curse on the Palestinian people,” and that it is “pursuing a strategy of human sacrifice in Gaza.” The columnist is also correct to sum up the strategy of the Palestinian Authority as one of “I’m going to hold my breath until you turn blue.” Its refusal to negotiate with the United States and Israel is as unhelpful to Palestinians as its endemic corruption. The latter could use some smart advice, and Friedman is only too ready to pluck some from the bottomless pit of his self-proclaimed wisdom from which he has been drawing for decades.

He urges the P.A. to tell America’s moderate Arab allies that they will engage with the United States if the Trump negotiating team, led by presidential son-in-law Jared Kushner, agrees to redraw its peace proposal to include a demand for a contiguous Palestinian state in the West Bank with a capital in part of Jerusalem. That would, Friedman argues, give the plan the support of the Arab world and put Netanyahu in a spot where he can’t say no. The result would mean an end to the prime minister’s center-right government and its replacement by one that would be pro-peace.

Like all the smart-aleck wisdom Friedman’s been selling since he gave the first President George H.W. Bush’s secretary of state, James “bleep the Jews” Baker, the idea to tell Israelis to call him if they were ever serious about wanting peace, it all sounds so simple.

But it never occurs to Friedman to ask why they have rejected similar proposals in the past. After all, John Kerry spent years begging the Palestinians to accept just such a deal to no avail when he was President Obama’s secretary of state. The P.A. walked away from a similar scheme when Ehud Olmert and the George W. Bush administration pressed it upon them. The same thing happened when Ehud Barak and the Clinton administration made similar proposals at Camp David and Taba in 2000 and 2001.

The problem with the blind faith in a two-state solution to the conflict isn’t with the logic of two states for two peoples as an abstract idea; it’s that the Palestinians have never been particularly interested in the concept. While the chances of Trump and Kushner brokering the “ultimate deal” are virtually nil, they understand that their predecessors’ refusal to hold the Palestinians accountable for their support for terror and refusal to seriously negotiate are part of the problem, not the solution.

Friedman considers such insight to be intolerably pro-Israel, and the result of a corrupt deal between Trump, Jewish campaign donors and Christian supporters. Leaving aside Friedman’s history of being willing to encourage anti-Semitic smears about U.S. support for Israel in order to attack his bête noire Netanyahu, the problem here is that he simply won’t accept that even the “moderates” of the Fatah Party that run the West Bank are as bogged down in irredentism and hate as Hamas.

If the Saudis and other Arab governments have seemed to give up on the Palestinian cause in recent years (even if they can’t say so publicly), it’s because they know this. They regard their tacit strategic alliance with Israel is a higher priority than pandering to the Palestinians.

Friedman thinks that Trump should listen to him and get to work “twisting everyone’s arms” or else stick to “building condos and golf courses.” If peace on those terms were possible, Trump would probably do just that. But he isn’t willing to make the same mistakes as the last four presidents, who thought that Friedman knew what he was talking about. Which just goes to show that even though Friedman knows a lot more about the subject than Trump, the president’s instinctual distrust of experts like the famed columnist is actually pretty smart.