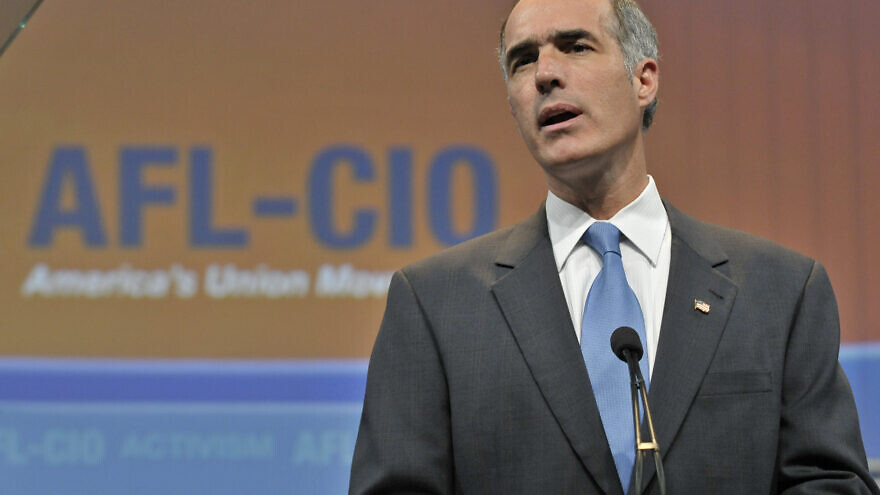 “As Israel enters a hopeful new chapter after over a year of political turmoil, I am concerned that stated plans to move forward with unilateral annexation of the West Bank will not only eliminate the possibility of a two-state solution, but may result in erosion of regional and international arrangements that guarantee Israel’s safety and security,” wrote Casey in the July 3 letter, obtained on Thursday by Jewish Insider. “I ask that you choose an alternate path that will avert further conflict and lay the groundwork for peace.”

“The United States and Israel enjoy an unbreakable bond that goes beyond a typical bilateral relationship between two allies,” wrote Casey. “This relationship permits space for criticism and concern when necessary. I ask that you choose an alternate path that will avert further conflict and lay the groundwork for peace.”

A group of Casey’s fellow Democrats sent a similar letter last month to Netanyahu and Gantz, a watered-down version of an initial letter that stated that if Israel were to “move forward with unilateral annexation, we could not support that action and would sadly conclude that Israel no longer values the bipartisan support that Congress has provided it for decades.”

The latest version of the letter, obtained by Jewish Insider, states, “If you move forward with unilateral annexation, we could not support that action. This is consistent with long-standing American policy opposing unilateral actions by either party to the conflict. Pursuit of a viable, negotiated two state solution is essential to ensuring our shared democratic values and lasting bipartisan support for Israel in Congress.”