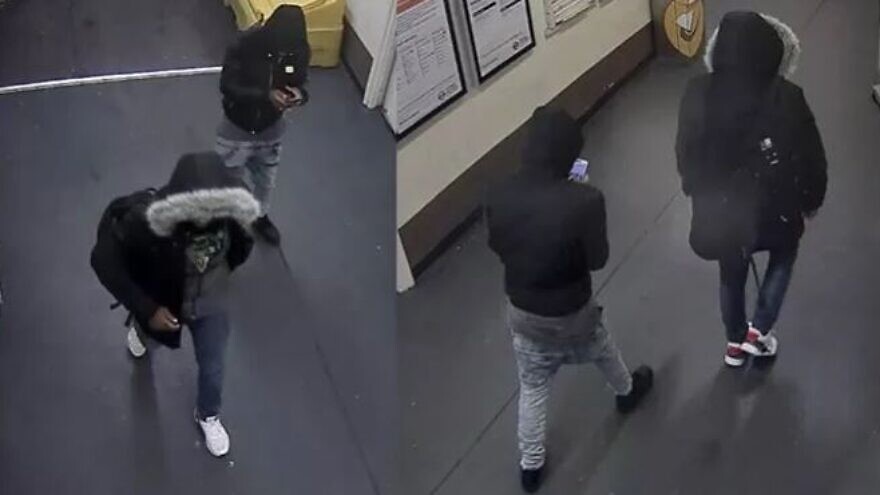 (December 6, 2019 / JNS) Authorities on Wednesday released CCTV images of two suspects who allegedly shouted “kill the Jews” before punching a rabbi last week in an anti-Semitic attack in North London.

The attackers also yelled “f–k Jew, dirty Jew” before assaulting the victim on Nov. 29 in the predominantly Jewish area of Stamford Hill, according to the neighborhood watch group Shomrim. The suspects were described as young, slim, black men who wore hooded tops; one wore gray pants and white sneakers.

The rabbi, 54, was reportedly visiting Britain from Israel for a family wedding.

Shomrim said the victim, who is a judge in a Judaic court, was left “collapsed on the pavement, bleeding and dazed where he lay for several minutes” following the attack. Rabbi Herschel Gluck, who works with Shomrim, said he was left “bruised and traumatized.”

The victim has since left the country, but relayed to police a full account of the incident and is helping in their investigation, according to Metropolitan Police Detective Superintendent Adam Ghaboos.

“While we carry out a number of inquiries, we are asking for the public’s assistance in identifying two males we would like to speak to in connection with this incident. Anyone who believes they witnessed the incident or has further information on the identity of the males’ pictures should call 07500 850625 quoting CAD 6332/30Nov,” said Ghaboos.

He added that “we are particularly keen to speak to a female who was at the scene, wearing a white jacket with a shopping trolley, to contact us. Her account of events will form a key part of our inquiries.”