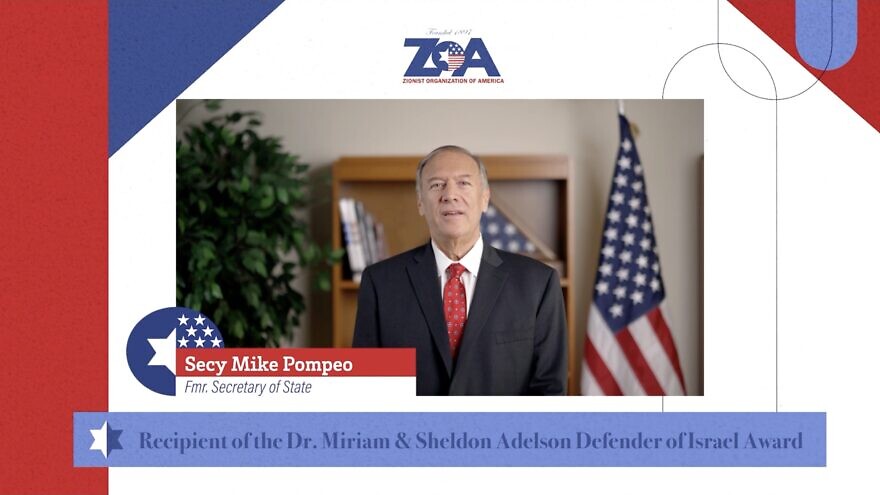 (December 20, 2021 / JNS) Former U.S. Secretary of State Mike Pompeo drew comparisons between the pro-Israel actions of the Trump administration and what he considers backpedaling by the Biden administration during a pre-recorded video address on Sunday at the Zionist Organization of America’s 2021 virtual gala.

Pompeo, who received the “Dr. Miriam and Sheldon Adelson Defender of Israel Award,” was introduced by Miriam Adelson. She spoke of how her late husband—the philanthropist and casino magnate—would have loved to be at the gala.

“The ZOA and he were a natural match,” she said. “Like Sheldon, the ZOA is proudly American and proud to promote the founding principles and spirit of that most deserving of U.S. allies, the State of Israel.”

“Like Sheldon, the ZOA stands up for what it believes in, even if it means standing alone,” she continued. “And the exact same thing is true of our honored guest, Mike Pompeo.” 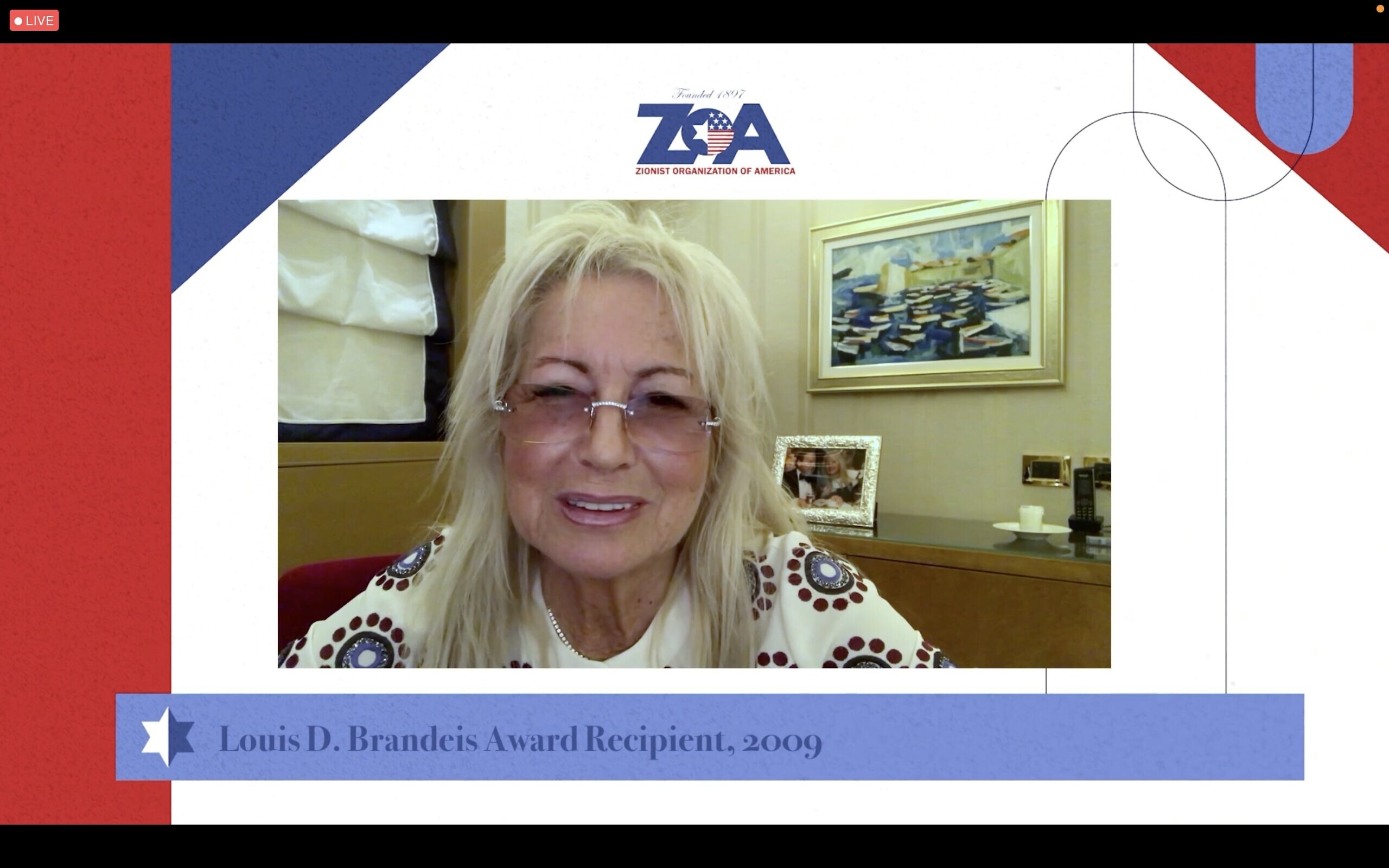 Pompeo said that when many people ask him whether he is glad to be out of the “pressure cooker” of public office, he answers that he would still like to be secretary of state since there was much work remaining to do. He said he was proud of the Trump administration’s record on Israel.

“We were told in the administration, ‘You can’t end the terrible Iran deal because it will make it more likely that there’d be war and that Iran would obtain a nuclear weapon.’ But we ended our participation in that terrible deal,” said Pompeo. “We applied maximum economic pressure to Iran and to its leadership. We brought Iran to its knees. We were told, ‘You can’t move the U.S. embassy in Israel to Jerusalem, there’ll be war.’ Well, we did. And there wasn’t. We were told too, that you can’t secure peace between Arab nations and Israel without buying off Palestinian kleptocrats and starting World War III. Well, we did forge real peace and there was no war. The Abraham Accords rewrote decades of failed shuttle negotiations because we were willing to go against the elites of the foreign policy establishment to secure American freedom and to champion American values.”

Pompeo also listed the recognition of the Golan Heights as part of Israel, Israel’s right to Judea and Samaria, and the killing of Islamic Revolutionary Guard Corps Quds Force commander Qassem Soleimani.

Israel, he said, is alone among the nations in the region that defends the rights of citizens of all backgrounds.

“U.S. support for Israel is a perfect expression of American patriotism because it demonstrates our ability to recognize and defend our own democratic interests and our values with absolute moral clarity,” said Pompeo. “Israel teaches us that we cannot long remain the land of the free if we don’t proactively make sure to be a home of those who are patriots.”

Pompeo said that today, he sees the Biden administration reversing this progress and support for Israel.

He said that despite more than 80 percent of Judeo-Christian historical sites being located in Judea and Samaria and Arabs controlling 23 countries in the Middle East, and the fact that the people of the Arab bloc officially took the name Palestinians in 1964, Israel is still called the occupier.

“You know, often when an international leader talks about Jerusalem, Judea and Samaria, we hear them accuse our ally Israel of occupation and of illegal settlement. President [Barack] Obama, Secretary [of State Hilary] Clinton did this repeatedly. And so has the new Biden administration. Even though these legal terms are just a casual way of calling the Jewish state of Israel a thief in essence, they use it,” Pompeo said. “In turn, we see at the United Nations, institutions, and in the media and political circles how these accusations are used to launch all manner of hostile misrepresentations and condemnations. They do this to encourage anti-Semitic boycotts against the Jewish state to suppress religious freedom for Jews and Christians and ancestral heritage sites. And they do it to justify acts of terrorism and mass murder. But is there really any legal truth to the accusation that Israel is occupying Palestinian land? You all know, the answer is absolutely not.”

During his administration, he said he created what was called the Pompeo Doctrine, which made it the official position of the U.S. State Department to not call Israel’s control of Judea and Samaria an occupation and make clear that Jerusalem is the undivided capital of Israel.

“The bottom line is that Israel is not an occupier, and the hundreds of thousands of Jews and Christians who call Judea, Samaria and eastern Jerusalem home have a perfectly legitimate right to live there in safety under Israeli sovereignty,” he said. “But you can see this today, the Biden administration is now preparing to reverse the Pompeo Doctrine to once again suggest somehow that the Jewish state of Israel is an illegal occupier … and to pressure Israel into territorial concessions that threaten the free access and freedom of worship of many faithful pilgrims. We can’t allow that to happen. We can’t allow the current administration to reverse the historic change—the historic progress we brought to the Middle East.”