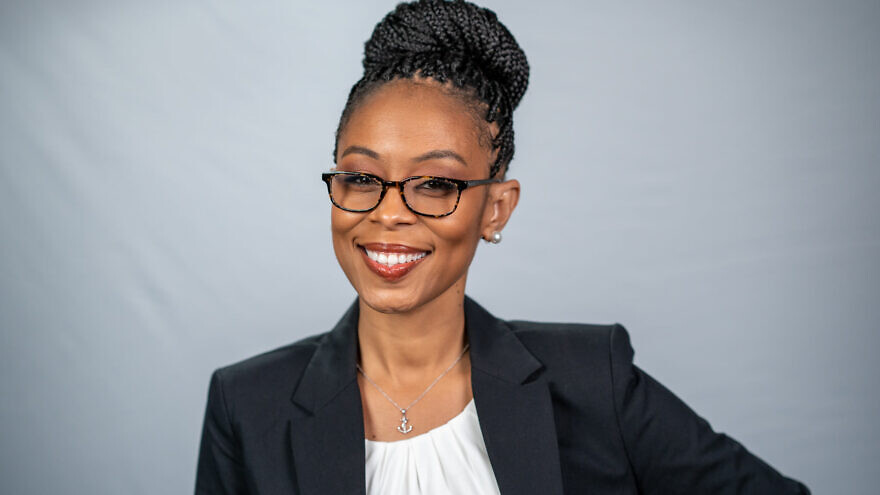 Brown won by securing 50.2 percent of the vote against Turner’s 44.5 percent.

Throughout the runup to the primary election, Turner led both in the polls and out-fundraised Brown by a wide margin, running as a progressive Democrat in the mold of Sen. Bernie Sanders (I-Vt.)—she had been a national campaign chair and surrogate for his latest presidential run—and the group of members of Congress known as “The Squad,” who came out to campaign on her behalf.

While getting a relatively slow start, Brown was able to deploy her resources late in the campaign and began making major gains in June and July, securing endorsements by former Democratic presidential nominee Hillary Clinton, House Majority Whip Jim Clyburn (D-S.C.), and the Congressional Black Caucus and its chair, Rep. Joyce Beatty (D-Ohio), despite both candidates being black.

The special election was called after former Rep. Marcia Fudge vacated her seat when she was nominated and confirmed as secretary of Housing and Urban Development by the Biden administration.

The race was considered a test for where many Democratic voters stand in the battle between traditional and left-wing Democrats, especially in majority black communities such as Ohio’s 11th District, which covers the cities of Cleveland and Akron.

For some, it was also a test of where the voters stand on their support for Israel, with Turner’s alliance with “The Squad,” coupled with previous actions and tweets critical of Israel, worrying some pro-Israel groups.

These pro-Israel organizations—some Democratic and others bipartisan—rallied to support Brown, who had visited Israel and was not shy about expressing her unwavering support for the Jewish state.

The district is also home to Ohio’s largest concentration of Jews, making up approximately 5 percent of the population. According to Howie Beigelman, executive director of the Jewish advocacy group Ohio Jewish Communities, those voters showed up in high numbers, which likely made a difference due to low voter turnout overall—the 5.7 percent margin of victory was a difference of slightly more than 4,000 votes.

“I mean with the polls going back several months and the fundraising, certainly it wasn’t what people were thinking was going to happen,” said Beigelman. “I think what you’re seeing here is that social media is not real life, and getting out to vote and talking to people and organizing and getting people excited or committed is what moves elections, especially in a low turnout race.”

Pro-Israel and Jewish groups came out in force to back Brown, raising money, running ads and helping with the voter turnout effort. They pointed out Turner’s poor record on Israel, siding with those calling Israel an apartheid state, supporting putting conditions on aid and lobbying against pro-Israel elements of the Democratic Party platform at the party’s convention.

They also pointed out that Turner often sided against the Democratic Party, including not supporting presidential nominees Hillary Clinton and Joe Biden during the 2016 and 2020 elections.

Mark Mellman, president and CEO of the Democratic Majority for Israel (DMFI) PAC, said that the results indicate that voters want a pro-Biden, pro-Israel candidate.

“Shontel Brown was that candidate; Nina Turner was the opposite of that candidate,” he said shortly after the race was called in favor of Brown.

He pointed out the differences in spending, with Turner raising and spending around $4.5 million to Brown’s approximately $2.1 million.

“A few weeks ago, Turner was bragging that she was 35 points ahead, so this is really a stunning upset,” said Mellman.

“The truth is, you had a great campaign; you had a great candidate in Shontel. You had a campaign that raised money and was finally able to start spending that money. You had us, who had brought to bear a substantial sum of money and was able to spend that money both on positive ads touting Shontel but also to expose Turner’s record to folks,” explained Mellman. “And all of that collectively had a major impact on this race.”

‘You had people engaged on the issues’

The release also stated that DMFI PAC’s spending on the race nearly equaled the spending by Brown’s campaign, through ads on television, online and by mail, phone banking and other tools.

Another pro-Israel group that endorsed Brown in February was Pro-Israel America (PIA). According to a PIA release, the group raised more than $800,000 for her campaign. Pro-Israel America Action Fund, an affiliated group, mobilized volunteer activists who sent some 165,000 text messages and made more than 40,000 phone calls to voters in the district, as well as running ads and billboards in support of Brown.

“We congratulate Shontel Brown on a very important win, and I congratulate her and look forward to her becoming a very successful member of congress,” Jeff Mendelsohn, PIA’s executive director, said on Tuesday night. “It’s an important win for the pro-Israel community tonight. Shontel Brown understands the value of the U.S.-Israel relationship—something that she called a true friendship between our two nations and something that she will work to advance for the betterment of both countries and for the betterment of her constituents.”

Mendelsohn said he believes that the campaign tipped towards Brown as soon as voters got to know her platform better and were able to contrast it with Turner’s.

“She presented herself to the voters and won them over,” he said. “It’s really the simple matter of it.”

Brown, he added, put together a great coalition to propel her to victory, including congressional leadership and the pro-Israel community. She also received a late endorsement from the Jewish Democratic Council of America.

But while outside groups played a big role in both campaigns, Beigelman said that their role should not be overstated.

“I think that here you had people who were engaged on the issues. Again, looking at the Jewish community—those districts came out, those precincts came out and voted pretty highly, and it seems like they went overwhelmingly for [Brown],” noted Beigelman. “I think that from a community perspective, the ‘get out the vote’ operation seemed to have worked.”

Brown will now go on to face Laverne Gore, who overwhelmingly won the Republican Party’s nomination with 74 percent of the vote to her opponent, Felicia Washington Ross’s 26 percent in a race that only saw just 5,000 or so Republican voters.

The district is so heavily skewed towards Democrats that a Democrat victory in the general election on Nov. 2 is almost guaranteed.

Beigelman said his state is fortunate that Ohio’s entire congressional delegation is great to work with on Jewish issues and that this trend should continue if Brown wins the seat.