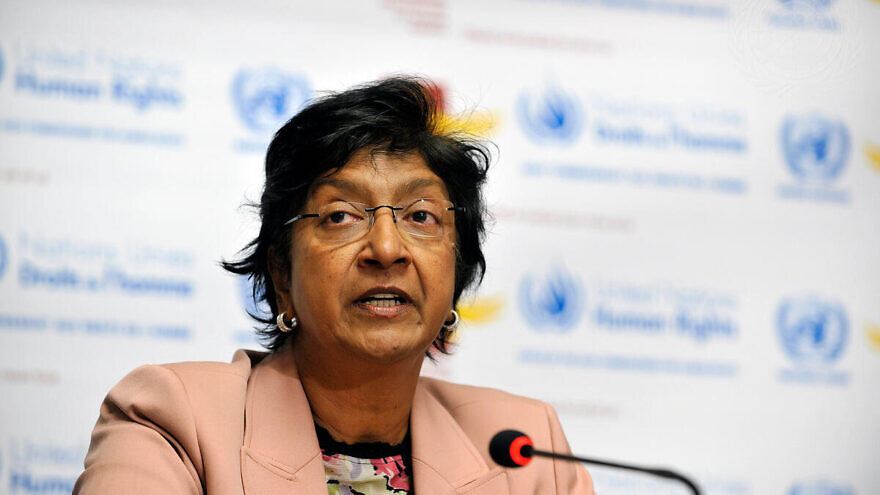 (November 11, 2022 / JNS) The pro-Israel organization NGO Monitor is accusing the United Nations commission investigating Israel of ignoring the group’s research in favor of pro-Palestinian testimony that fits the commission’s biases.

The U.N. Human Rights Council in Geneva created the three-person commission last year following an 11-day conflict between Israel and terrorist groups in Gaza. The COI was given a unique, open-ended, permanent mandate. It is charged with investigating any Israeli human rights violations both inside and outside its sovereign territory.

The commission immediately came under fire after the appointment of its three members, all with a history of anti-Israel advocacy and rhetoric. Last month at an open hearing at the U.N. in New York, a broad range of countries publicly criticized the commission’s structure, the biases held by the commission members and the anti-Semitic comments that some of the countries allege two of its members have made.

This week, the commission conducted investigative hearings in Geneva, gathering testimony intended to discount the justification behind Israel’s designation of seven Palestinian NGOs as terror organizations, due to their links to the Popular Front for the Liberation of Palestine, an internationally designated terror organization itself. Evidence for the designations was gathered in part by NGO Monitor.

“In practice, this was a forum for Commission members and NGO representatives to join in attempts to silence NGO Monitor’s independent research,” NGO Monitor said in a statement. “The hearings were a carefully manipulated kangaroo court. The commissioners and NGOs sought to create a tendentious record endorsed by the U.N. and to be shared with other actors to bolster further whitewashing of the evidence as well as to silence legitimate debate.”

NGO Monitor, which did not receive an invitation to appear, complained of the short notice given by the COI, which announced the hearings less than a week in advance. It also said that “the only groups chosen to participate were those that would support the COI’s predetermined conclusions and would deny the overwhelming evidence of links between the NGOs and the PFLP.”

Multiple NGO officials from the network of Palestinian organizations designated by the Israeli government told the COI that NGO Monitor influenced government decisions to end funding for PFLP-linked actors. NGO Monitor cited a representative from Health Workers Committees (HWC), who said it 35 of its 40 institutional donors had stopped funding it as a result of the terror designation. Officials representing HWC, Addameer and Al-Haq accused NGO Monitor of a smear campaign based on guilt by association.

Commissioner Miloon Kothari, who came under fire for anti-Semitic comments given in an interview this year, said NGO Monitor “seem[s] to be behind a lot of what is going wrong,” and asked Al-Haq’s lawyer whether he had looked into NGO Monitor’s funding. NGO Monitor filed a formal complaint with the Human Rights Council president following Kothari’s controversial comments this July, in which he spoke of a “Jewish lobby” and questioned Israel’s U.N. membership. Kothari later apologized.

NGO Monitor alleges that the basis of this week’s hearings contrast with the claims by COI chair Navi Pillay, who said at the close of Thursday’s hearing that “that this commission has invited submissions from all parties…We stand ready to hear submissions or to hear alternate voices.”

A spokesperson for the COI wrote to JNS that “the intention is for the Commission to conduct further hearings at a later stage as their investigation progresses. The hearings provide an opportunity to hear directly from victims and witnesses,” the spokesman wrote in reference to closing remarks given by commission member Chris Sidoti.