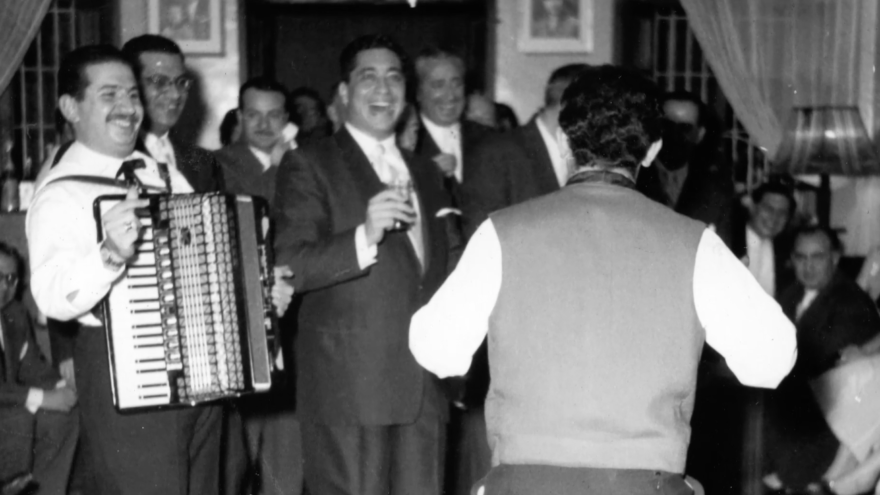 When thinking of the words “refugee” and “Middle East,” many displaced groups come to mind. But few know that some of the original refugees of the region were a million Middle Eastern and North African Jews whose history often entails hangings, imprisonment and finding refuge in Israel.

The critically acclaimed documentary “Remember Baghdad,”released this year upon the 100th anniversary of the British-Ottoman battle over that city during World War I, is the untold story of Iraqi Jews—filmed through their eyes.

Their story is not always one of simply fleeing to arrive in the Jewish state. About half of Iraqi Jews fled to countries outside of Israel and still yearn for what once was. Many of them long to return to Iraq and have even applied for citizenship, voted in elections or purchased a home in Baghdad.

“I feel that there is unfinished business there,” Edwin Shuker, one of the film’s four protagonists, tells JNS. “To say that we are gone, finished, and that we’ve left forever is unbearable for me. Nobody should be required to cut his roots or lose ancestry.” 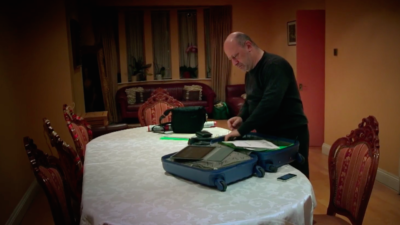 Shuker says Israel is the eternal physical and spiritual Jewish homeland, while the U.K. is “the country and people that gave me physical and financial security, the freedom we never had, a beautiful family, and the opportunity to rebuild my life after escaping Iraq.” Yet he believes that due to changing geopolitical conditions in the Arab world in recent years, Arab states like Iraq might be ready for a new relationship with Jews that includes business ties and tourism.

“There is a big change in the mindset of the Arab street towards Jews…The gates are being breached in a big way,” he says.

To this end, Shuker says Israel should initiate “a proper national debate within Iraqi Jewry and wider sects of Jewish refugees to review where we stand with countries [where we had lived].” Shuker has gone as far as buying a house in the northern Iraqi city of Erbil, and visits frequently.

David Dangoor, one of the film’s other leading protagonists, fled Iraq for the U.K. 50 years ago and says that Iraq’s Jewish past is “like a distant bell ringing in the back of our heads, always reminding us where we came from.” He speaks of fond memories in Baghdad involving Jewish festivals, outdoor gatherings and other elements of a vibrant community.

“Until the 1951 evacuation of the Iraqi community, Iraqi Jews would go abroad to make their fortune in Europe or America but would always come back to marry an Iraqi,” he recalls.

Dangoor, who has not been back to Iraq since 1959, was hopeful for change following the U.S. invasion of Iraq in 2003, and even applied for Iraqi passports and voted in the subsequent elections with his father. 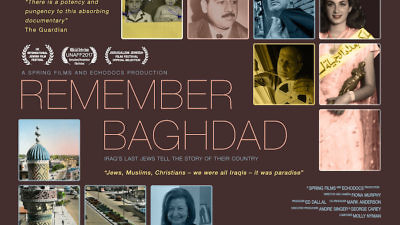 In Dangoor’s estimation, the “prospect of Jews going back to Iraq has been deteriorating over the last few years and the Middle East has been sliding backwards for the whole 20th century.”

But he says there is still room for hope, considering that “the darkest hour is just before daybreak and I do feel there are intellectual Iraqis who feel they have lost part of the country’s soul when the Jews left.” 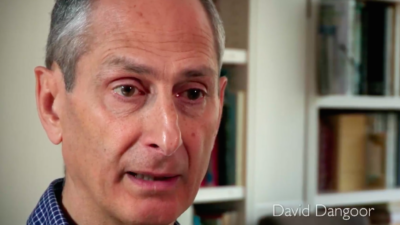 He continues, “My dream is that Iraqi Jews and Israel will be that link to Iraq, to help provide friendly leadership to the Middle East and show the way they can transform themselves to positive contributors in the way Israel has done in the short 70 years of its existence. It is a strong dream of mine that I feel one day Iraqi Jews will be welcomed in bringing advancement to Iraq.”

But this change, he says, must be linked to recognition of Israel—and even if the Iraqi government embraces the Jewish state, Dangoor argues that the former vibrancy of Iraq’s Jewish community would still be a key missing element.

“The thing that was most precious about Iraq is now very much manifested in Israel,” he says.

Supporting Israel is not just sentimental, but practical for Dangoor. Four years ago, he bought a house in Israel and has traveled there nine times this past year. His charitable foundation is a great contributor to Bar-Ilan University’s medical school, the Weizmann Institute of Science, and various educational and heritage-based projects in Israel.

“I am conscious of the fact that most of my ancestry would have given nearly everything to live in Israel with an army, parliament, technology and the universities we have now,” says Dangoor. “All my ancestors prayed for a return to Israel. When we talk about a homeland, I don’t think either Iraq or Britain approaches Israel. Iraq is history and community, Britain is refuge, and Israel is homeland.”