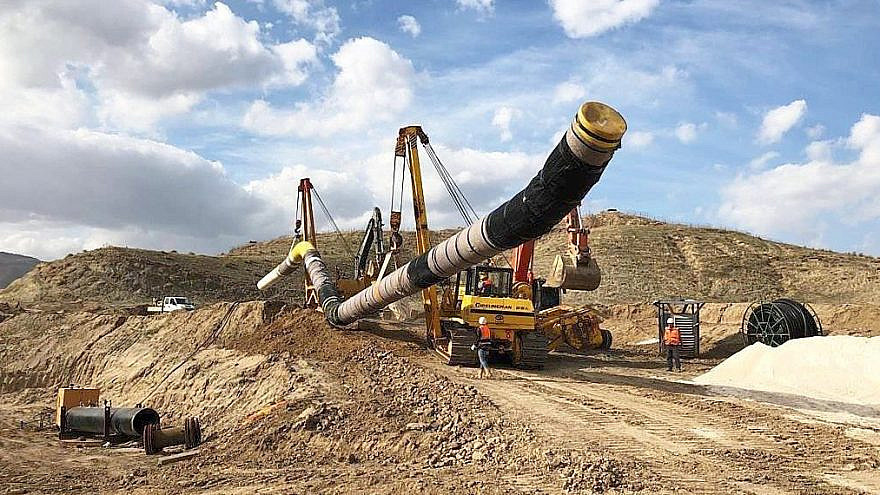 In an interview with the Gaza-based Sawa news agency, al-Emadi said that Qatar’s Gaza Reconstruction Committee recently held several “productive” meetings to advance the matter with representatives of the Chevron Corporation, as well as with officials from the United States, the European Union, the United Nations and Russia.

The committee also held meetings with diplomats from France, the Netherlands and the Palestinian Authority.

The Qatari envoy said that there already exist two contracts regarding the pipeline—one between the P.A. and a gas company for the purchase of natural gas, and a second for the installation of the pipelines.

“An agreement has been reached with Europe to allocate $5 million for the assembly of gas pipelines from the border to the power station, while Qatar will install pipes on the Israeli side,” al-Emadi said, also revealing the plan to set up a team of officials from the reconstruction committee and the P.A. to monitor the implementation of both contracts within the next six months.

According to the envoy, the power plant in the Gaza Strip will save the P.A. millions of dollars and solve its consumption crisis. The P.A. currently pays $11 million for the power line from Israel, in addition to the $2.5 million allocated to the power plant itself. Qatar buys $7 million in fuel every month for this station.

The envoy predicted that the project would be completed within two or two and a half years from the time that the pipeline work begins.