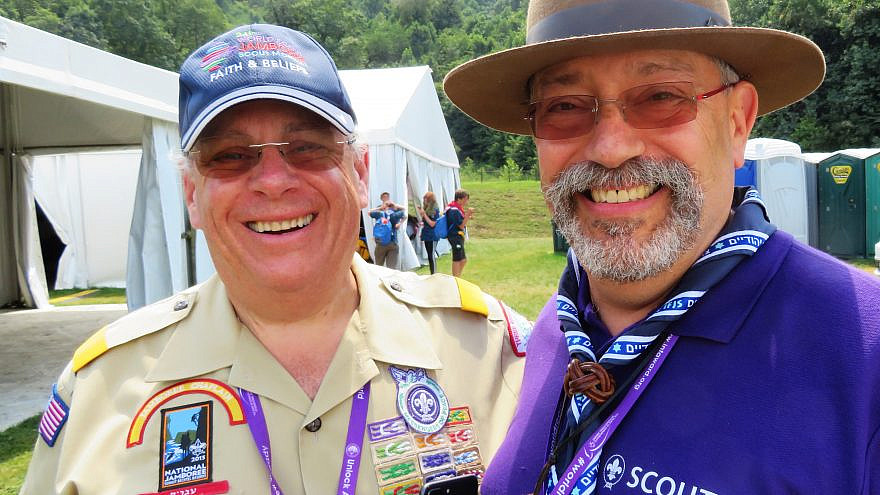 (April 5, 2021 / Crescent City Jewish News) Rabbi Peter Hyman was announced as the recipient of the Bronze Wolf Award, the highest Scouting award in the world and the only one given by the World Scout Committee, on March 30. It acknowledges the significant work of an individual to the World Scout Movement.

Hyman became the 377th individual to have received this award since it was first established in 1935. The founder of the Scouting movement, Lord Robert Smyth Baden-Powell, was the initial recipient.

The rabbi was selected to receive the award for his work encouraging interfaith dialogue as the first chairman of the “Messengers of Peace” sponsored by the late King Abdullah of Saudi Arabia and King Carl XVI Gustaf of Sweden. He was even invited as the first rabbi to visit Riyadh, Saudi Arabia, where he spoke at the invitation of King Abdullah on Scouting’s values before a group of worldwide Scouting sponsors.

He served as head chaplain at three World Jamborees: in Thailand; in Japan; and at the most recent one held in 2019 at the Brechtel Family Summit Reserve in West Virginia, jointly sponsored by the United States, Canada and Mexico.

A former national chairman and longtime national chaplain for the National Jewish Committee on Scouting associated with the Boy Scouts of America, the rabbi has been named a Distinguished Eagle Scout. He has also served as head chaplain for four previous National Jamborees.

Contacted by the Crescent City Jewish News to speak on this award and his family connection to Scouting, Hyman said he was “speechless and stunned.”

He said his career began before he was even a Cub Scout. “My father was a Scoutmaster, [and] I was at Boy Scout camp way before I was old enough to be a Scout because he used to take me with him,” he explained. The family connection continued after his own Scouting career ended. “I take great pride in the fact that both of my boys are Eagle Scouts,” noted Hyman.

He said he is grateful for what Scouting has allowed him to do and for the ability to share its values with others around the world.

“It’s allowed me in many ways to give back to this foundational movement,” he said. “It speaks to the value, the vision, the mission and the power of Scouting.”

Hyman is the religious leader of Temple B’nai Israel in Easton, Md. Previously, he served at synagogues in Florida, Texas and Pennsylvania.