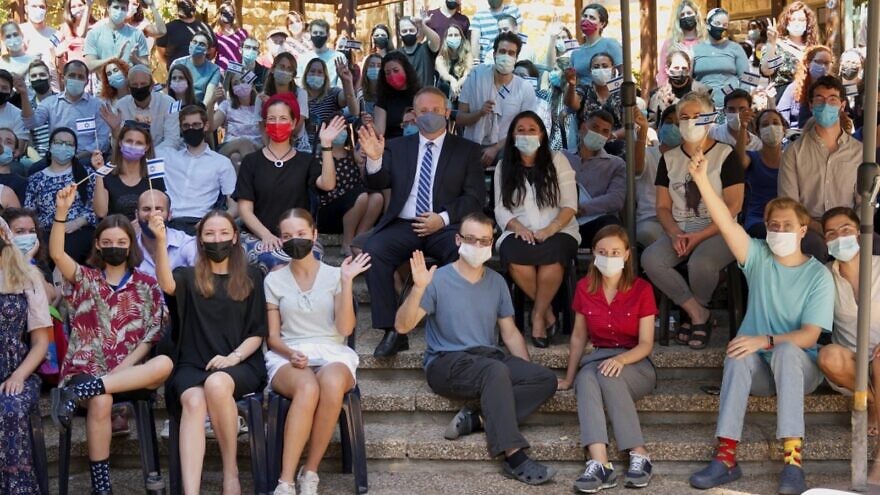 (October 13, 2021 / Israel Hayom) The Jewish Agency may soon see a woman at its helm for the first time; five of the eight candidates seeking the chairmanship are women. The Agency’s Board of Governors is expected to announce the identity of the new chairperson by the end of the month.

The position of agency chairperson is considered highly influential, and many have thrown their hat in the ring after Isaac Herzog stepped down to become Israel’s president following the tenure of Reuven Rivlin.

The prime minister usually endorses a candidate, who must then be approved by the nominations committee and then by the agency’s board of governors.

Lapid had planned to back fellow Yesh Atid Party member Elazar Stern for the role, but the intelligence minister withdrew from the race on Tuesday amid a public outcry over controversial comments he made earlier this week.

In a Facebook post announcing his retirement from the race, Stern wrote: “I apologize to anyone who has been hurt or offended by what I said and the interpretation given [to my words], and apologize to my family, which is standing firmly by me despite the difficulty. I will continue to do my best, wherever I may be, to ensure a better future for the State of Israel and the Jewish people.”

The would-be chairperson needs to secure nine of the 10 members’ votes.

While the list of candidates is impressive, sources privy to the board’s work said that as of Tuesday, no front runner has emerged.

The panel is expected to meet to vote on the issue on Oct. 24.