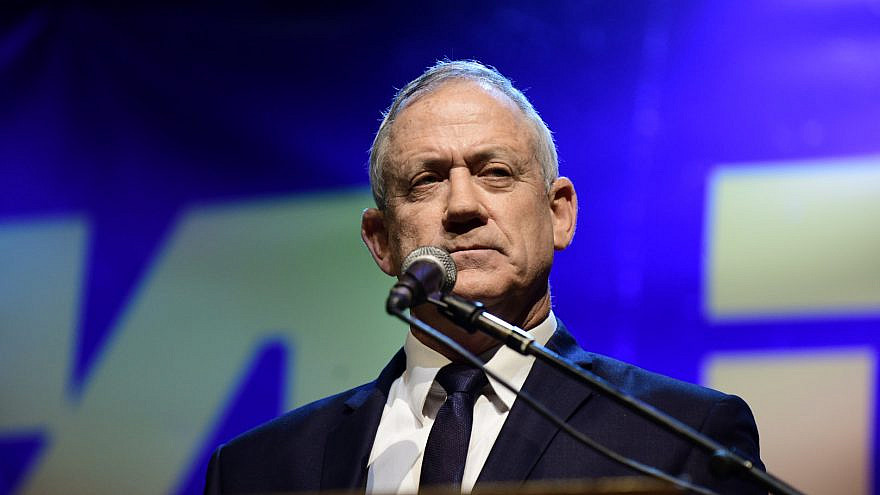 (April 19, 2020 / JNS) Blue and White Party leader Benny Gantz has told associates over the weekend that he and incumbent Israeli Prime Minister Benjamin Netanyahu are “on the brink” of a unity deal, Israel’s Channel 12 reported on Saturday.

Gantz spoke of a “breakthrough” in negotiations with Netanyahu’s Likud after weeks of attempting to finalize an agreement, and said that he sees no reason why a coalition deal could not be signed in the next few days, the report continued.

As Gantz and Netanyahu continue to work out the details of a potential unity deal, Channel 13 reported on Saturday, citing unnamed E.U. sources, that European Union officials had warned Gantz’s foreign affairs adviser, Melody Sucharewicz, that the E.U. strongly opposes unilateral moves to apply Israeli sovereignty in the West Bank. Sucharewicz responded, according to the diplomats cited by the report, that Gantz had to compromise on annexation in unity negotiations and that he would try to influence the decision from within the government if a unity deal is signed.

The reports come after Gantz was forced to return his mandate to form a government to Israeli President Reuven Rivlin last week after failing to cobble together a coalition. Rivlin passed the mandate to the Knesset on Thursday, triggering a 21-day period after which new elections will be automatically called if no government is formed.

Despite no longer having a mandate, Gantz said on Friday that he is doing “everything in his power” to form a unity government and that if a deal is not reached, it would be Netanyahu’s responsibility. “My partners and I are doing everything within our power to wrap this up while holding on to our principles, in order for our nation to get through one of the greatest crises since its foundation,” Gantz wrote on his Facebook page.