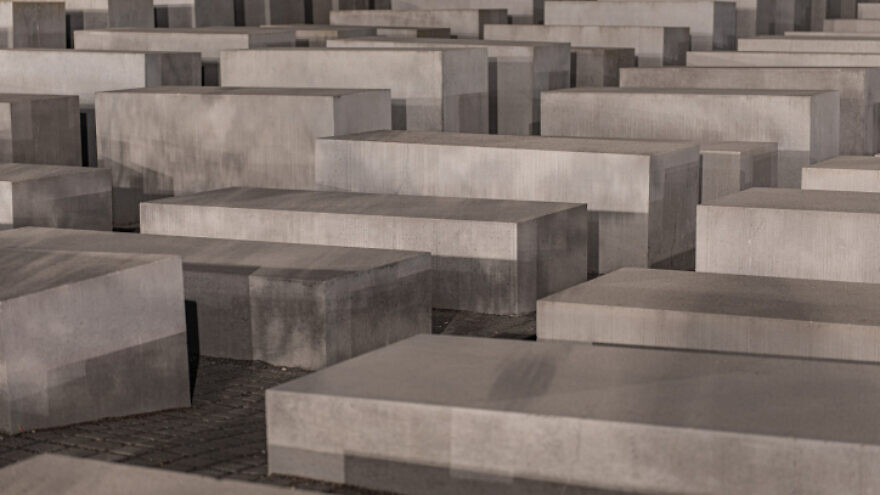 The monument in memory of Holocaust victims in WWII in Berlin, Germany, on Aug. 25, 2019. Photo by Yahav Gamliel/Flash90.
Spread the word.
Help JNS grow!
Share now:

(December 12, 2019 / JNS) One of Germany’s richest families, the owners of Krispy Kreme Doughnuts and other brands, is donating millions of euros to help Holocaust survivors to atone for its use of forced labor during the Nazi Holocaust and support for Adolf Hitler, the AP exclusively reported on Thursday.

The Reimann family’s JAB Investors company is planning to announce on Thursday that it is giving €5 million (nearly $5.5 million) to the Conference on Jewish Material Claims Against Germany to aide elderly survivors around the world, according to the report. In addition, it will give another €5 million to find and support forced laborers and another €25 million (nearly $28 million) to be given annually to Holocaust education and promoting democratic values.

“To confront this was quite an emotional wake-up call for the family,” David Kamenetzky, board chairman of both the foundation and JAB Investors, told AP.

The move comes after the Reimann family released information earlier this year from a report it commissioned on its Nazi past.

Luxembourg-based JAB is worth around €20 billion and is an offshoot of Benckiser, an industrial chemicals company run by Albert Reimann Sr. and Albert Reimann Jr., Nazi party members who died in 1954 and 1984 respectively, the report noted.

They had used Russian civilians and French POWs as forced laborers and supported the SS even before Hitler came to power, according to documents uncovered by a University of Munich historian in 2014 who was commissioned to investigate the family’s history.