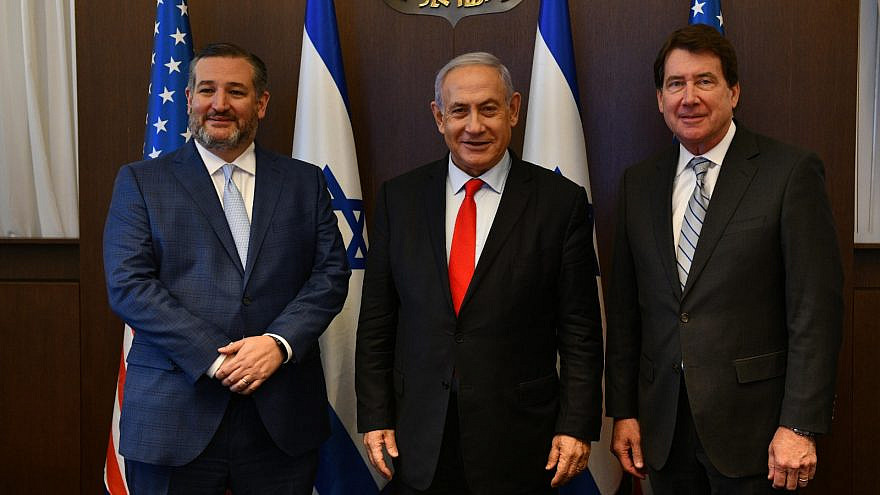 (June 1, 2021 / JNS) Three Republican senators made their way to Israel this week to show solidarity with the Jewish state and hear from leaders about how the United States can best help in the wake of the recent conflict with Hamas in the Gaza Strip.

Sens. Lindsey Graham (R-S.C.), Ted Cruz (R-Texas) and Bill Hagerty (R-Tenn.) arrived in Israel on Sunday and have crisscrossed the country, meeting with Israeli officials, including Israeli Prime Minister Benjamin Netanyahu and Foreign Affairs Minister Gabi Ashkenazi. They also toured areas damaged by rocket fire—in all, more than 4,000 rockets were launched towards Israel in a matter of 11 days.

“America’s national security is closely bound up with the security of our Israeli allies,” Cruz said in a statement. “I’m in Israel to hear and see firsthand what our Israeli allies need to defend themselves and to show the international community that we stand unequivocally with Israel.”

Cruz asserted that Israel has every right to defend itself from outside attack, as did Hagerty, who like Cruz is a member of the Senate Foreign Relations Committee.

“Americans watched in horror when Hamas and other Iran-backed terrorists in Gaza recently launched thousands of rockets at innocent men, women and children in Israel,” said Hagerty in a statement.

Cruz also criticized Democrats, including U.S. President Joe Biden, for not standing more forcefully behind Israel. “Far too many Democrats morally equivocated between Israel and the terrorists attacking them, and fringe progressive Democrats went even further with wild accusations and conspiracy theories,” he said.

He added that prior to leaving the United States, he urged Biden to move forward with efforts to help replenish Israel’s stockpiles of Iron Dome rockets, which he said saved thousands of lives. 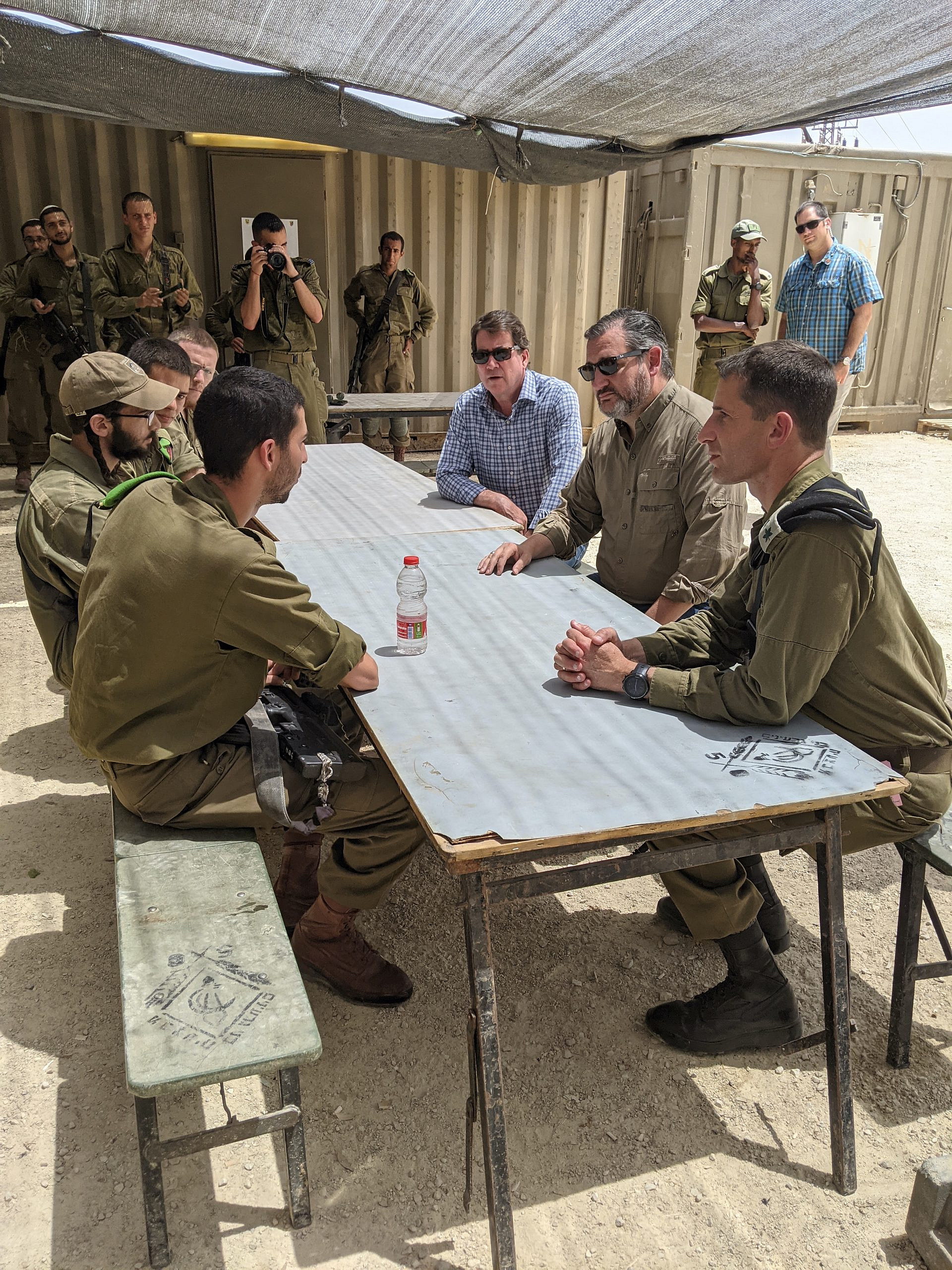 While Cruz and Hagerty met with Israeli officials together, Graham held separate meetings with them, during which he reiterated American support for Israel and pointed out that it was bipartisan, despite a handful of left-wing Israel critics.

“There’s been a big dustup over the last engagement between Hamas and the State of Israel in the United States, but I’m here to tell you that there is a wide and deep support for Israel among the Democratic Party,” Graham said in a press conference on Tuesday.

Unlike Cruz, Graham did not criticize the administration and instead thanked Biden for his unequivocal support for Israel and for the administration’s request of funds from Congress to help replenish Iron Dome systems.

The senator also took aim at Iran, which supports terrorist organizations in Gaza and Lebanon, and urged Biden not to re-enter the 2015 nuclear deal, officially the Joint Comprehensive Plan of Action.

“It seems that Iran is able to be the largest state sponsor of terrorism, and nothing deters them,” he said. “Without Iranian support, Hamas would be neutered and Hezbollah would be neutered. So when it comes to Israeli national security threats, all roads lead back to Tehran.”