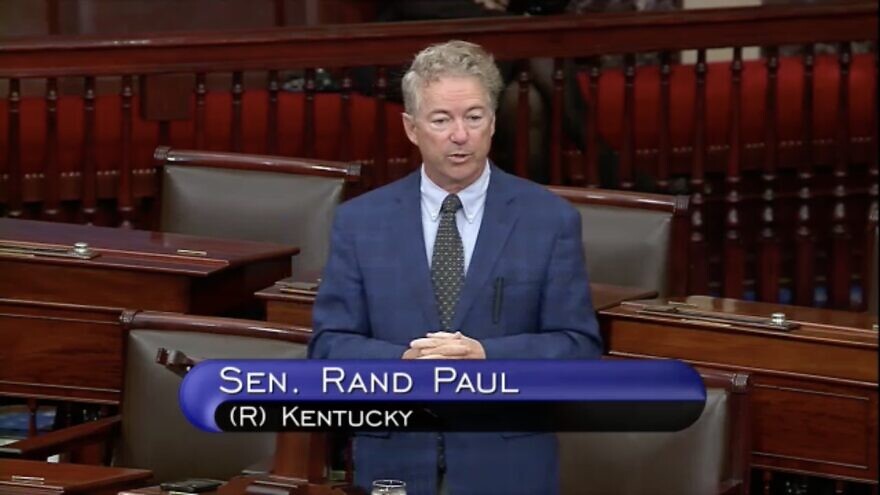 (October 5, 2021 / JNS) As he did last week, Sen. Rand Paul (R-Ky.) again blocked an attempt to expedite the House-passed bill that would provide $1 billion in additional funding to help Israel replenish its Iron Dome interceptor rockets.

The bill, H.B. 5323, was brought to the floor late Monday afternoon by Sen. Bob Menendez (D-N.J.), who said he was seeking unanimous consent in favor of the legislation.

Last week, senators attempted to “hotline” the bill, which also requires unanimous consent but could be blocked by a single senator expressing opposition. Paul opposed the bill, saying he would not support it unless the cost of the aid was offset.

A libertarian, he has long been critical of all foreign aid.

On the floor of the Senate, Menendez described how 4,000-plus rockets were launched at civilian areas within Israel by Hamas and other terror factions in Gaza for 11 days in May, and that the Iron Dome system was 90 percent effective in intercepting these rockets.

“Because of the purely defensive system, Israel is able to protect its own citizens and also direct its response to more carefully garget those in Gaza who are responsible for launching this brutal attack,” said Menendez.

Paul objected to the motion for unanimous consent.

While he said he was supportive of Israel and the Iron Dome air-defense system, he said that he believed the funding should be paid for and offered an amendment to take the money from $6 billion budgeted to aid the recovery of Afghanistan.

“The money, I think, could be spent on the Taliban if we do not rescind that money,” he said. “The justification for my proposal for paying this is simple—only an economically strong United States can be a strong ally of Israel.”

“I am glad the United States has a strong bond with Israel, but the United States cannot give money it does not have, no matter how strong our relationship is. The United States is approaching $30 trillion in debt. Our out-of-control spending added $3 trillion to the debt just in this fiscal year. A day of reckoning is coming sooner than you think.” 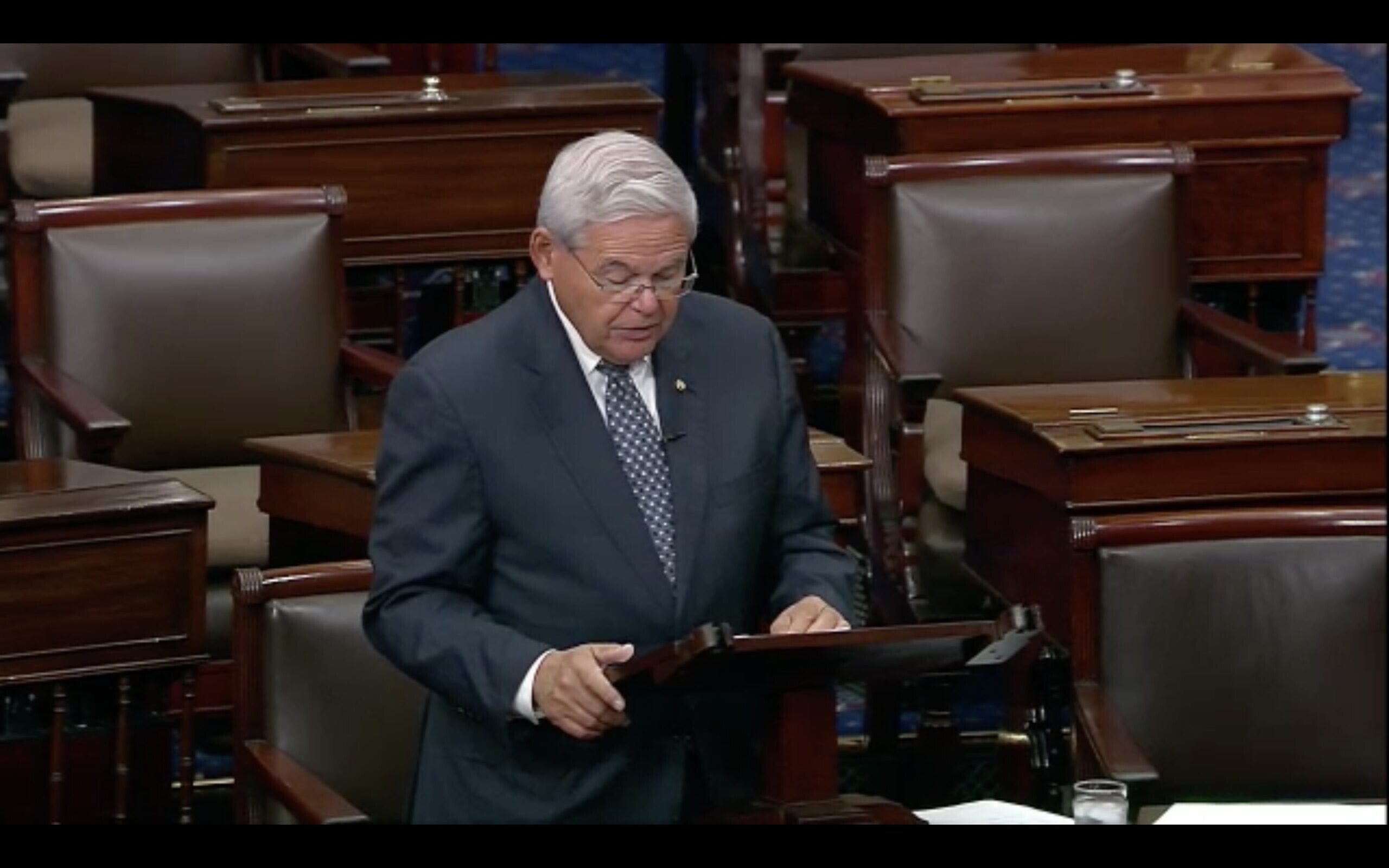 He also listed the various other funding that Israel receives from the United States.

“I want Israel strong enough so it does not have to rely on American support,” said Paul, before offering an amendment to the bill with unanimous consent.

The amendment would take $1 billion from $6 billion in aid for rebuilding Afghanistan and deposit the rest in the U.S. Treasury.

He said that Paul’s amendment would “unleash an array of consequences” for American foreign policy and national security objectives.

Menendez said that the aid to Afghanistan was not going to the Taliban, as Paul suggested, but could be routed through “highly vetted” partners such as the World Food Program.

“So let me be clear, Senator Paul’s amendment would actually raid the funding that delivers lifesaving humanitarian aid to the Afghan people, and they need it more than ever,” said Menendez.

The amendment, he said, would also take away money from Afghan refugee resettlement in the United States after evacuating people from Afghanistan.

The brief back-and-forth between the senators continued, with Menendez claiming that Paul’s claim that all the Republicans want is for the funding to be offset being a “fig leaf.”

‘Contradicting the will of his constituents’

Pro-Israel organizations were less diplomatic than Menendez in criticizing Paul, as they did last week.

“Iron Dome is a matter of life and death for Israelis and Palestinians, and Senator Paul, true to form, is treating the replenishment of this vital system as a political game. Whatever concerns he has on other issues should be addressed in a manner that does not put innocent lives at risk,” said CUFI founder and chairman Pastor John Hagee. “The legislation he is blocking advanced through the House of Representatives with overwhelming bipartisan support. Senator Paul needs to stop playing games with the safety of the Israeli people.”

The organization’s Kentucky-based congressional liaison David Wicker, who represents more than 180,000 CUFI members, sent a strongly worded letter to Paul last week accusing him of undermining the U.S.-Israeli relationship. Like Hagee, he accused Paul of playing political games with the safety of the Israeli people and the Americans who visit Israel, including many from his state.

The bill Menendez brought to the Senate floor was a standalone Iron Dome bill passed the House in a bipartisan 420-9 vote on Sept. 23, opposed by eight left-wing Democrats and one fiscal conservative Republican, also from Paul’s state.

Menendez confirmed during the debate that he had no doubt the bill will pass overwhelmingly in the Senate as well, but that it is a shame the funding is being delayed due to Paul’s objection.

The legislation would have to proceed through the regular process at a time when the Senate is preoccupied with a debate on raising the debt ceiling before the Treasury will be unable to pay its bills on Oct. 18.

“The people of Kentucky are pro-Israel; the junior senator from the Commonwealth is contradicting the will of his constituents,” Sandra Parker, chairwoman of the CUFI Action Fund, said in the release. “If Senator Paul is unwilling to understand that one does not put lives at risk to score political points, he has no business being in the United States Senate.”