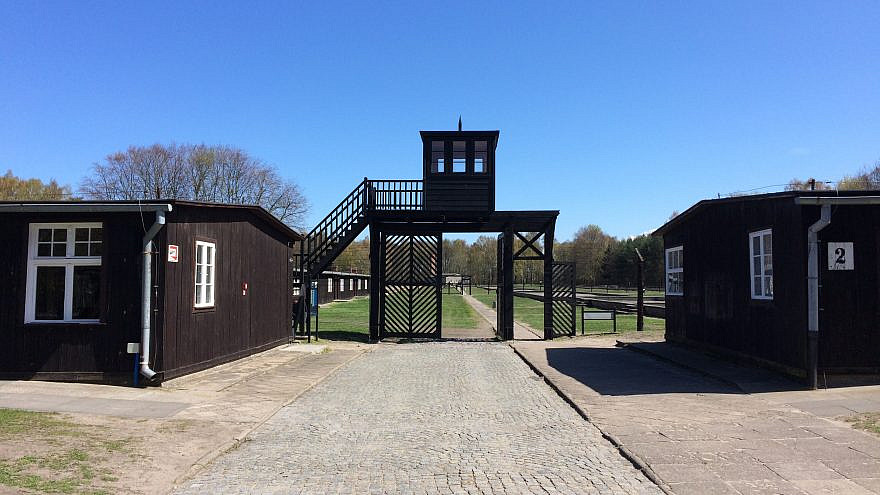 (December 20, 2022 / JNS) The former secretary of the Nazi commander of the Stutthof concentration camp was convicted on Tuesday of complicity in the murders of more than 10,500 people.

Irmgard Furchner, 97, who worked as a typist at the camp in the German-annexed Free City of Danzig between 1943 and 1945, received a two-year suspended jail term.

While Furchner was a civilian, the judge presiding over the case in northern Germany agreed she was aware of what took place at Stutthof, where some 65,000 people—mainly Jews, non-Jewish Poles and captured Soviet soldiers—were murdered including in gas chambers.

During the proceedings, survivors of the camp, some of whom have since died, testified before the court.

Furchner tried to flee as her trial was set to begin in September 2021, leaving the retirement home where she lives and heading to a metro station. She was caught after several hours in the nearby city of Hamburg and held in custody for five days.

Stutthof commander Paul-Werner Hoppe was imprisoned in 1955 after being convicted of accessory to murder, and was released five years later.

Stutthof was the first Nazi concentration camp set up outside German borders during World War II, in operation from Sept. 2, 1939. It was also the last camp liberated by the Allies, on May 9, 1945. The camp staff consisted of German SS guards and, after 1943, Ukrainian auxiliaries.

A crematorium and gas chamber were added in 1943. Mobile gas wagons were also used to complement the capacity of the gas chamber (150 persons per execution) when needed.