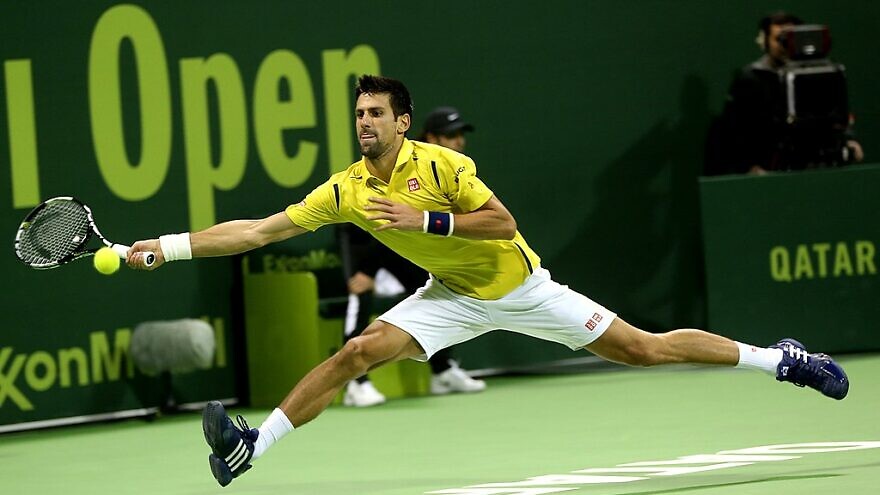 (August 31, 2022 / JNS) Serbian tennis great Novak Djokovic will compete in the Watergen Open 2022 in Tel Aviv in September, his camp confirmed, after being forced to withdraw from the U.S. Open last week due to not being vaccinated against COVID-19, Israeli media reported on Tuesday.

The Tel Aviv event will take place from September 26 to October 2 at the Expo center in Tel Aviv.

Foreign nationals who have not received one of the available coronavirus vaccines are currently barred from entering the United States or Canada, and Djokovic has stated that he will not get vaccinated even if this means missing out on key tournaments.

“Novak is a great champion and it is very unfortunate that he cannot participate in the U.S. Open 2022, due to the federal government’s vaccination policy for non-U.S. citizens,” said  Stacey Allaster, tournament director at the U.S. Open, according to I24 News.

“We look forward to bringing Novak back to the US Open in 2023,” she added.

The Serbian tennis player also skipped the Australian Open in January, despite previously claiming to have secured a government exemption to compete in the competition without a vaccination record.