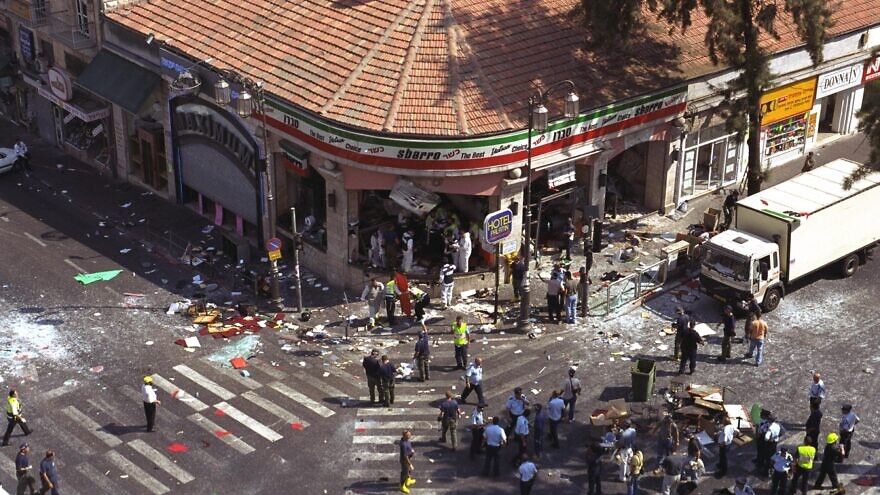 (December 26, 2022 / JNS) The Shin Bet domestic intelligence agency announced on Monday that it thwarted a Palestinian terrorist bomb plot and a separate suicide bombing targeting areas inside Green Line Israel, involving operatives from Judea and Samaria who were being directed by handlers from the Gaza Strip.

A working bomb hidden in a fire extinguisher was seized.

According to the Shin Bet, a joint investigation with the Israel Defense Forces saw the plot foiled on Dec. 14, adding that the Popular Resistance Committees directed it together with Shuhada Al-Aqsa, both of them terrorist organizations based in the Gaza Strip.

Four suspected terror operatives from Judea and Samaria are under arrest, the Shin Bet said.

The Israeli security operation focused on known terrorist operatives in the Strip headed by Ahmad Fathi Hajaj, an explosives expert who lives in Jabalia in northern Gaza, the agency said.

The thwarting of the plot is “part of an ongoing campaign that the Shin Bet together with the IDF and the Israel Police are conducting, to foil terrorism in Israel while using a range of techniques and tools,” the Shin Bet said.

Prime Minister Yair Lapid said, “Following an operation that lasted several weeks, the security forces have arrested terrorists in Judea and Samaria who were planning to carry out a large-scale bomb attack in Israel, assisted by terrorist organizations from the Gaza Strip. The war against terrorists and their cells continues on a daily basis in all sectors. The security forces are constantly working to thwart all attempts to attack us.”