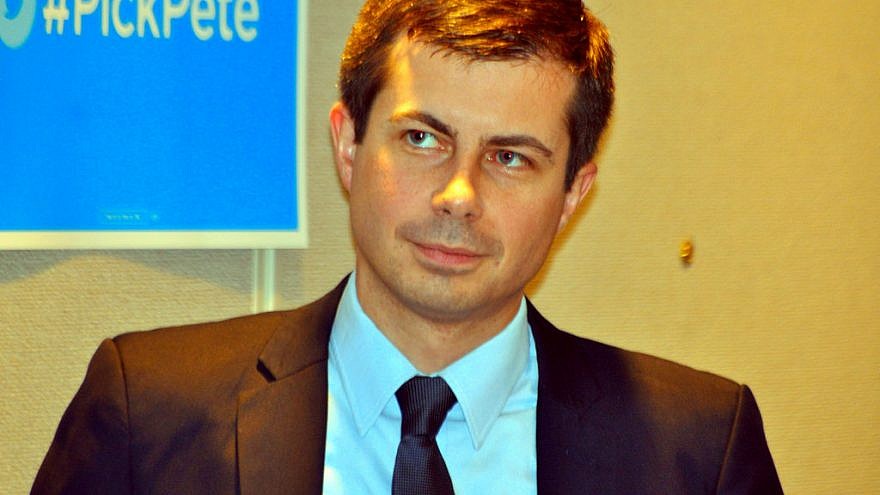 “People like me get strung up in Iran,” said Buttigieg, 37, on ABC’s “The View” on Thursday without mentioning Omar by name. He was referring to being openly gay, something that is outlawed in Iran and punishable by death. “So, the idea that what’s going on is equivalent is just wrong.”

On Tuesday, the freshman congresswoman said, “ … when I see Israel institute laws that recognize it as a Jewish state and does not recognize the other religions that are living in it,” she added. “And we still uphold it as a democracy in the Middle East. I almost chuckle because I know that if we see that any other society we would criticize it, call it out. We do that to Iran, we do that to any other place that sort of upholds its religion. And I see that now happening with Saudi Arabia and so I am aggravated, truly, in those contradictions.”

“It’s a complicated picture,” @PeteButtigieg says on America’s relationship with Israel and what needs to be done moving forward: “We need to figure out, as an ally, what the regional security picture is going to look like in the future.” pic.twitter.com/U93HiQFC7r

Buttigieg, who was in Israel last May as part of a tour for mayors organized by Project Interchange, an affiliate of the American Jewish Committee, said “not only is there a real problem with their long term [in] how they’re going to balance being a democracy with being a Jewish state. But they’ve also got to figure out—and we’ve got to figure out with them as an ally—what the regional security picture is going to look like in the future.”

Rockets from Syria were launched into Israel while Buttigieg was there.

“It has always been one of the most fiendishly complicated issues,” he added, “and simple answers will not serve us well at a time like this.”