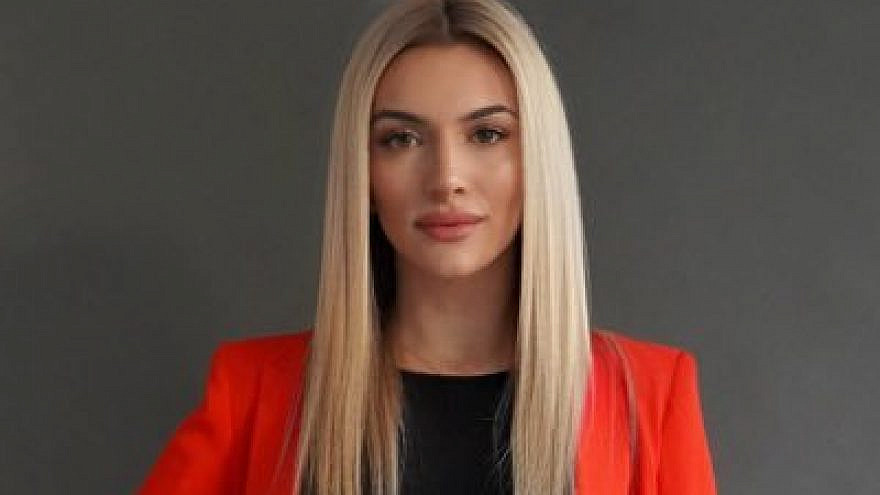 (January 23, 2023 / JNS) Social media influencer and popular sports journalist Emily Austin, 21, was outspoken in her love for Israel at the 8th National Summit of Israeli-American Council (IAC) in Austin, Texas.

“I live for my truth,” Austin told JNS. “When I entered the entertainment industry, I realized that so many people had such a bad misconception about Israel. They think it’s a warzone, that it’s unsafe, or that it is an apartheid state despite having people from all colors and religions living there.”

Austin was featured on an IAC panel featuring other popular influencers, London Lazerson and Rudy Rochman, who spoke about using their online influence to promote Israel in a more positive way.

One of four siblings, Austin’s parents immigrated to the United States from Israel. Austin’s Instagram live show, “Daily Vibes with Emily Austin,” catapulted her to national stardom when an MTV producer saw her work and requested that she audition for a show called “Music Lives On.” Austin would go on to sign a sponsorship deal with the athletic apparel company Puma and work for Sports Illustrated as a host for boxing and NFL events.

As a former Miss New York pageant competitor, Austin has also been named a judge for the 2023 Miss Universe pageant in New Orleans, Louisiana. Austin would grow her social media presence to nearly 500,000 followers on TikTok and over 1 million followers on Instagram.

“My dad always knew I would do this,” said Austin in reference to her career in sports journalism. “But because I am good at math and science, my mom thought I would be a surgeon.”

Austin attributes her strong Jewish identity to her parents, expressing her Judaism by keeping kosher and Shabbat. But her Zionism also stems from what she perceives as an existential threat that threatens both Israel and the Jewish people around the world.

“I’m very scared of a second Holocaust,” said Austin. “History has a habit of repeating itself with one crazy person [referring to Nazi dictator Adolf Hitler] and nobody believing that he would actually murder six million Jews. People don’t understand that the Holocaust happened not so long ago. It is not just something you find in history books. We have survivors who live with us to this day.”

Austin recalled being so troubled by seeing the Auschwitz-Birkenau extermination camps first-hand during an NCSY trip to Poland that she could not even enjoy her later visit to Israel.

She explained that she became vocal as a Zionist after she got a large social media platform.

In September, Austin would begin to serve as a media consultant to Permanent Representative of Israel to the United Nations Gilad Erdan.

“My policy is that I try to look for commonalities,” said Austin. “It doesn’t have to be negative all the time. A lot of the anti-Israel stuff you see doesn’t come from a hateful place. It’s just that they don’t know any better and nobody else in the industry knows enough to tell them.”

To that point, Austin relayed how she reached out to star player for the NBA’s Brooklyn Nets Kyrie Irving after he shared antisemitic content on social media and initially failed to repudiate antisemitism.

Starting this week, Austin teased that will begin filming an upcoming NBA show called “Hoop Chat with Emily Austin.” Besides interviewing popular sports figures such as “The Jewish Jordan,” Austin hopes her program will serve as an opportunity to educate the broader public about Israel and Zionism.

“We will begin filming the first episode next week and we’re very excited about it,” Austin said in reference to her new show, “and we will be doing little things to bring Zionism to the public.”