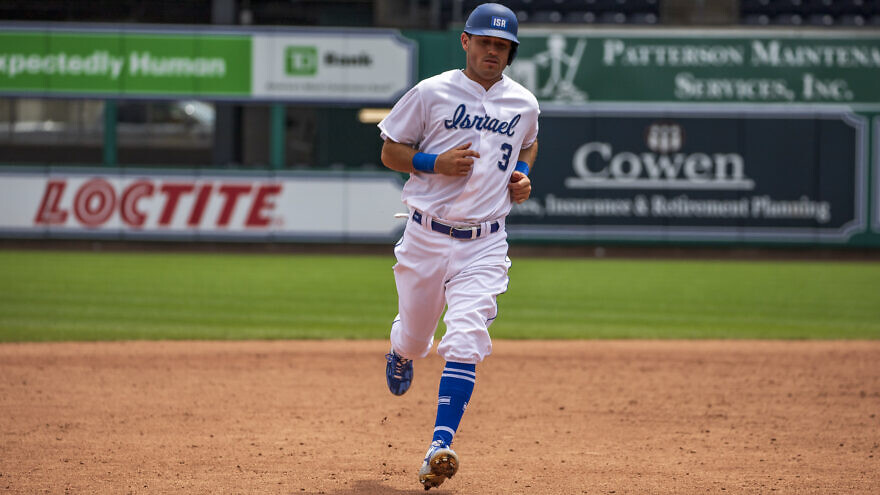 Kinsler, who received his Israeli citizenship in early 2020, will be kicking off his managerial career with the athletes in blue-and-white, some of whom were his teammates at the 2020 Olympic Games (played in 2021) in Tokyo. A four-time Major League Baseball All-Star and 2018 World Series champion, Kinsler played 14 seasons in the Major Leagues with the Texas Rangers, Detroit Tigers, Los Angeles Angels, Boston Red Sox and the San Diego Padres.

“I was very excited when I was asked to manage Team Israel at the WBC, and it didn’t take long for me to accept the position,” said Kinsler. “I enjoyed my time playing in the tournament and now that I know Israel Baseball well from my time in the Olympics, I am convinced that we will have a very competitive squad that will go far. I can’t wait to visit Israel this summer and see the young talent that will be on display at the Maccabiah Games. We are already hard at work putting together a winner roster for Israel at the WBC, and I look forward to making all of our fans proud.”

Kinsler plans to visit Israel with his family this month to attend the Maccabiah Games. He has been chosen as one of five torchbearers at the opening ceremonies in Jerusalem on July 14 and plans to conduct baseball clinics for Maccabiah baseball players at the Ezra Schwartz Ballpark in Ra’anana the following week. He will also throw out the opening pitch at one of the Maccabiah baseball games and meet with the media to discuss his plans for Team Israel at the WBC.

“Having Ian Kinsler as our manager provides us with a huge catalyst for recruiting top MLB players, as well as a manager who has a truly analytical approach to the game,” said Jordy Alter, president of the Israel Association of Baseball. “Ian’s leadership of our Olympic team was crucial to our play in that competition and convincing him to now take on the managerial reigns is a further step in the development of the Israel Baseball program, following our second-place finish at the 2021 European championships.”

Kinsler brings with him WBC experience as a player. He was the starting second baseman and the lead-off hitter for Team USA at the 2017 edition when it won the gold medal. He is also one of 12 players in MLB history to have recorded at least 30 home runs and 30 stolen bases in the same season twice during his career. He retired with the most stolen bases (243), second-most hits (1,999) and doubles (416), and fourth-most home runs (257) and RBIs (909) among Jewish players in MLB history.

“We are excited about the IAB’s appointment of Ian Kinsler as manager for the 2023 WBC and we are looking forward to seeing the team thrive under his leadership,” said Jewish National Fund-USA executive director in Greater Los Angeles, Louis Rosenberg.

Rosenberg heads up Jewish National Fund-USA’s Project Baseball initiative, which provided financial support for Team Israel’s journey to the Olympics and is continuing to raise millions of dollars in the coming years to build a state-of-the-art multipurpose field in Bet Shemesh.

Kinsler will be the third person to manage Team Israel at the WBC. Brad Ausmus led the team at the 2012 WBC qualifiers, and Jerry Weinstein guided Israel through the qualifiers in 2016 to a sixth-place finish at the final event in 2017.