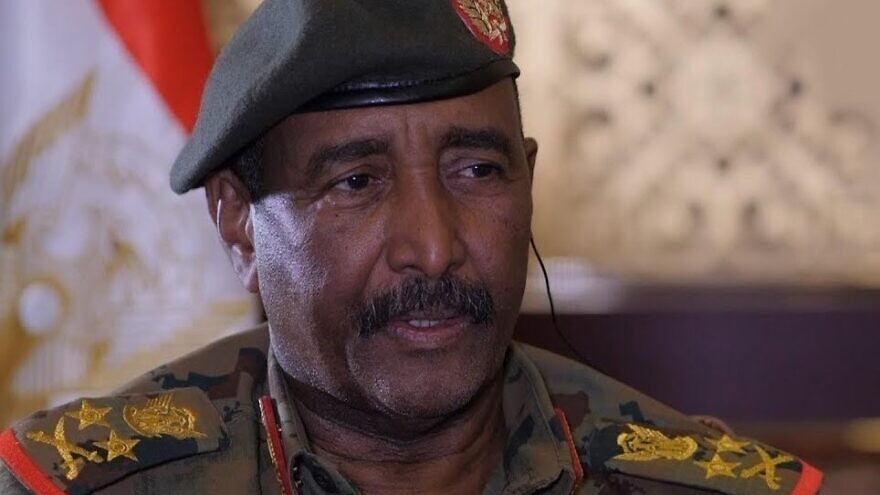 Sudanese military ruler Gen. Abdel Fattah al-Burhan says the driving force behind his country’s ties with Israel is a desire for “reconciliation” and that he will travel to the Jewish state if invited.
“The basis of relations is reconciliation. Therefore, if an invitation was presented and there is the means for this, I will go,” Burhan told the Associated Press, in an interview on the sidelines of the U.N General Assembly published this weekend.
Khartoum and Jerusalem agreed to normalize relations in October 2020 as part of the United States-brokered Abraham Accords, a series of deals that formalized diplomatic ties between Israel and three other Arab nations.
Months earlier, al-Burhan met with then-Prime Minister Benjamin Netanyahu in Uganda, in a diplomatic breakthrough that paved the way for Sudan to forge a rapprochement with Israel following decades of animosity.
The two countries have since developed security and intelligence ties, with officials meetings repeatedly in unannounced trips.
However, the process stalled significantly amid divisions over a power-sharing agreement between the Sudanese military and civilian government that culminated in a coup last year.
Republish this article in your newspaper or website