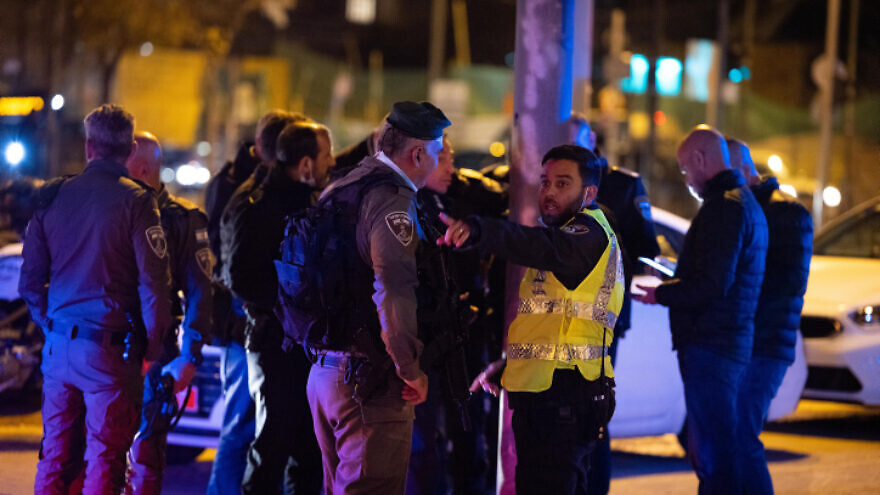 (December 20, 2021 / JNS) Police arrested a 20-year old resident of Anata on Sunday on suspicion of attempting to stab a passerby in Jerusalem earlier in the day, according to the Israel Police.

The suspect fled after attempting to stab a young Jerusalem resident who had been walking down Hanevi’im Street with a friend, police said in a statement.

Police alerted to the scene found the knife used in the attack, and arrested the suspect a short time later.

On Saturday, a 38-year old man suffered light wounds in a stabbing attack near the Tomb of the Patriarchs in Hebron, according to Israel Hayom. The victim fought off his attacker, a 65-year-old Palestinian woman from the nearby town of Idhna, until officers arrived at the scene, according to the report.