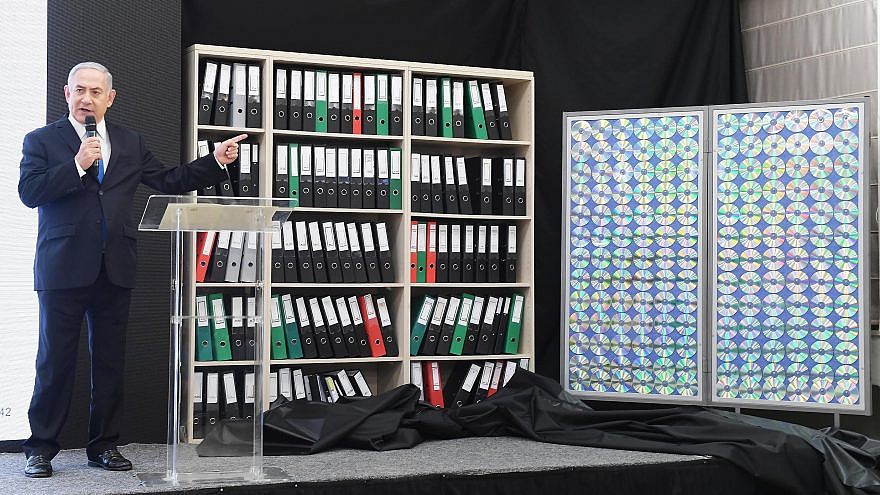 (September 12, 2022 / Jerusalem Center for Public Affairs) Since the start of nuclear negotiations between Iran and the West, Tehran has managed to create an impression that it has kept to the terms of the various agreements reached, and that it was the West, and above all the United States, which violated them. There were two purposes to pursuing this diplomatic strategy.

First, placing the onus for the breakdown in talks on Washington provided a critical instrument for driving a wedge between the United States and its European allies. Second, Iran succeeded in exacerbating the domestic debate within the United States over the Iranian question by leaving the impression that hawkish forces in the American government were sustaining the hostility between the two countries and that Iran was the innocent party in this conflict.

But now, as the United States and Iran appear to be on the verge of finalizing a new nuclear deal, an important debate has emerged between the parties which could correct the misimpressions that have arisen in recent years. Indeed, it is Iran that has violated past agreements with the West.

The most glaring issue has been Tehran’s refusal to provide an answer to the International Atomic Energy Agency (IAEA) about uranium particles discovered at three undeclared sites in Iran. In the American tradition, a disarmament negotiation with former adversaries is legitimate if it is based on a credible inspection system. It was President Ronald Reagan who quoted the famous Russian proverb, “Trust but verify.” It is here that the Iranians were repeatedly caught red-handed. 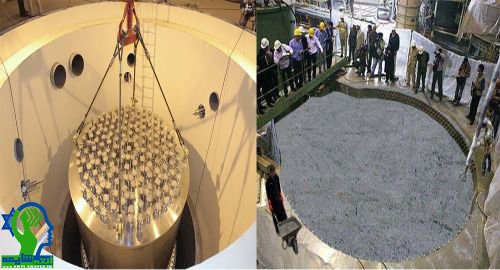 Iran claimed that the heavy water reactor core at its Arak plutonium reactor had been filled with cement and decommissioned, backing the claim with a photoshopped picture. Source: Twitter.

Looking back, Iran has proven consistently that it is a totally unreliable partner for the West. In November 2004, the IAEA determined Iran had been in breach of its Safeguards Agreement when it declared that many Iranian activities in the areas of uranium enrichment, uranium conversion and plutonium separation had not been declared to the agency. The Iranians sometimes razed six buildings to hide evidence, like at the Lavizan-Shian complex. They dug out the earth around these buildings to a depth of several meters so that incriminating soil samples could not be taken.

As articulated by President Ebrahim Raisi on Aug. 29, 2022, the official Iranian position on this issue is short and to the point: “Without resolving the safeguards issues, it is meaningless to talk about an agreement.”

In other words, the disagreement over the uranium particles is important enough that it could scuttle the whole nuclear deal.

Moreover, Tehran nowhere denied the Western charge. Rather, its response contained an implicit admission that it was largely accurate. Since 2018, the focus of the IAEA has been on three nuclear sites: Marivan, Varamin, and Turquzabad (see map below). The number of suspected nuclear sites might be considerably higher, according to a report in Foreign Policy on August 29, 2022. 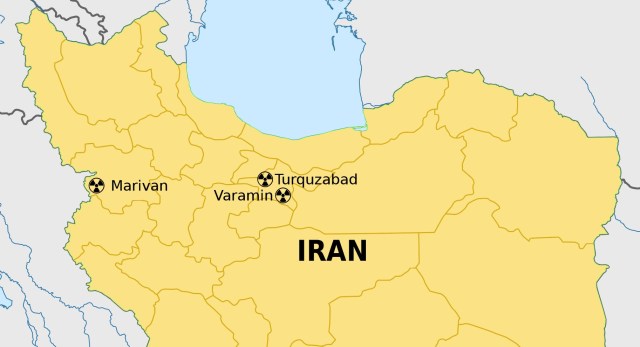 Many of the Iranian violations are particularly severe. Under the original Joint Comprehensive Plan of Action from 2015, Iran was entitled to operate 5,060 first-generation IR-1 centrifuges until 2025. Yet on April 10, 2021, Iran began testing an advanced centrifuge known as the IR-9, which could enrich uranium 50 times faster than the older IR-1. Nearly three months later, Iran started to process uranium gas to manufacture uranium metal that could be used in the core of a nuclear weapon. It was not permitted to make uranium metal until 2031, according to the JCPOA, yet it moved ahead anyway, 10 years ahead of schedule.

This month the IAEA reported that Iran now has enough 60 percent enriched uranium to produce one atomic bomb.

What is clear is that Iran is determined to race ahead and build a nuclear weapons arsenal. This was further demonstrated when Israeli security services unveiled a secret nuclear archive in Tehran that exposed Iranian intentions to return to the option of building nuclear weapons. Iran told the international community that it had no such intentions, but the archive proved that the exact opposite was the case.

Finally, Iranian work on a nuclear weapons program has not been confined to enriching uranium alone. Already in 2011, the IAEA reported that Tehran was working on redesigning “a missile reentry vehicle.” This involved “the removal of the conventional high explosive payload from the warhead of the Shahab-3 missile” and replacing it with a new payload assessed as being nuclear in nature. Thus, all aspects of a new nuclear arsenal were being developed.