Suspected narcotics that washed up on Israeli shores spanning from Tel Aviv in the center to Nahariya in the north, Nov. 26, 2022. Credit: Israel Police.
Spread the word.
Help JNS grow!
Share now:

(November 27, 2022 / JNS) Dozens of packages containing tens of kilograms of what is believed to be narcotics washed up on Israeli shores from Tel Aviv to Nahariya on Saturday, according to the Israel Police.

Bomb disposal units alerted to the locations where the suspicious packages were found determined that they did not contain explosives, following which they were transferred to police forensic labs for further analysis.

The suspected narcotics washed up on beaches in, among other places, Haifa, Zichron Ya’akov and Hadera. 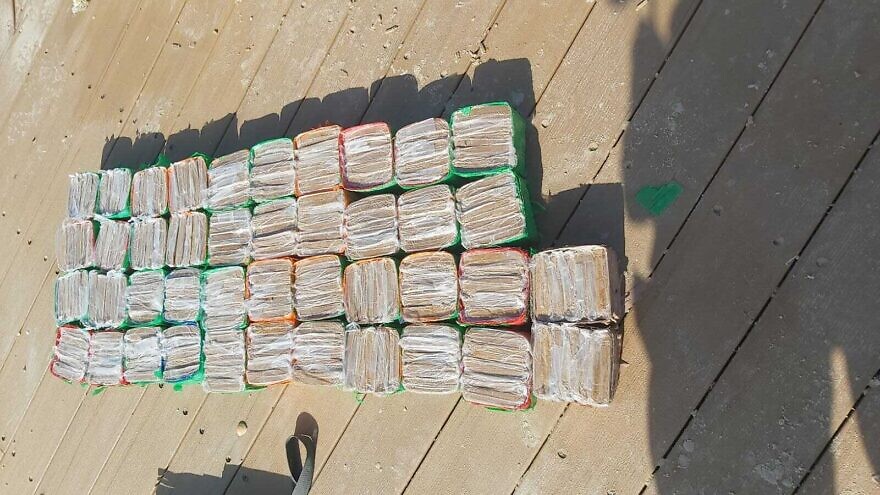 Dozens of packages containing tens of kilograms of suspected narcotics that wash up on Israeli shores, Nov. 26, 2022. Credit: Israel Police.

Israeli media reported that a dinghy containing another 40 packages of the substance was found abandoned off the Tel Aviv coast.

Last month, the IDF apprehended a suspect near the Hasbani River close to the border with Lebanon and seized 30 kilograms of narcotics, with an estimated street value of around $225,400, as well as two handguns.