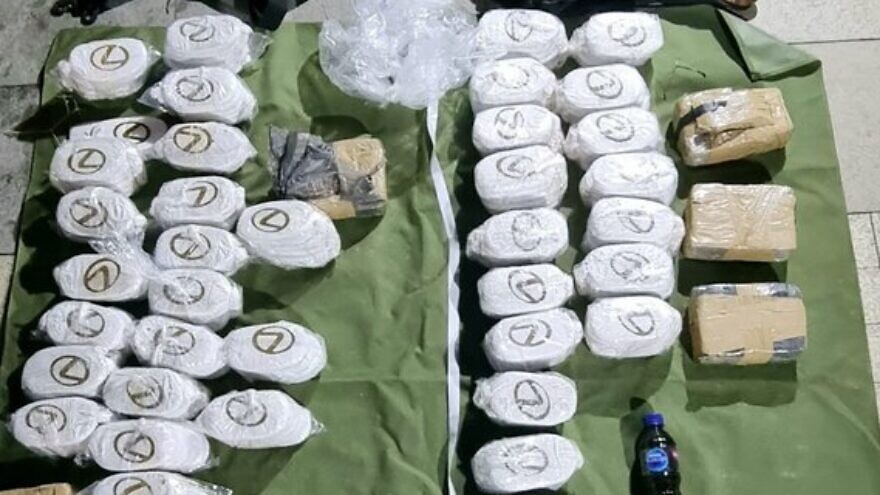 (October 24, 2022 / JNS) The Israel Defense Forces on Sunday night intercepted a shipment of narcotics and firearms being smuggled from Lebanon into Israel.

Soldiers apprehended a suspect near the Hasbani River, and seized 30 kilograms of narcotics, with an estimated street value of around 800,000 shekels ($225,400), as well as two handguns, the IDF said in a statement.

The suspect, narcotics and weapons were transferred to the Israel Police for further processing, according to the military.

In July, the IDF and Israel Police thwarted an attempt to smuggle 43 firearms, worth millions of shekels, from Lebanon into Israel. The weapons were confiscated near the village of Ghajar on July 9, according to Israeli security forces.

In its statement at the time, the IDF said it was “examining the possibility” that the Hezbollah terror organization was behind the attempt.

The IDF has in the past named senior Hezbollah operative Haj Khalil Harb as running cross-border smuggling operations. Harb is notorious for trafficking narcotics and weapons along the Blue Line separating Israel and Lebanon.

According to the Alma Center, such activities represent the expanded activities of a Hezbollah unit known as 133, which is dedicated to orchestrating terror attacks inside Israel and Judea and Samaria, commonly known as the West Bank.

“The arms can be used for terrorist activities. The drugs are substitute payments. The criminals sell the drugs and take the money. In exchange, they act as bridging elements,” IDF Maj. (res.) Tal Beeri, director of the research department at the Alma research center, told JNS in July. “This is the mechanism.”