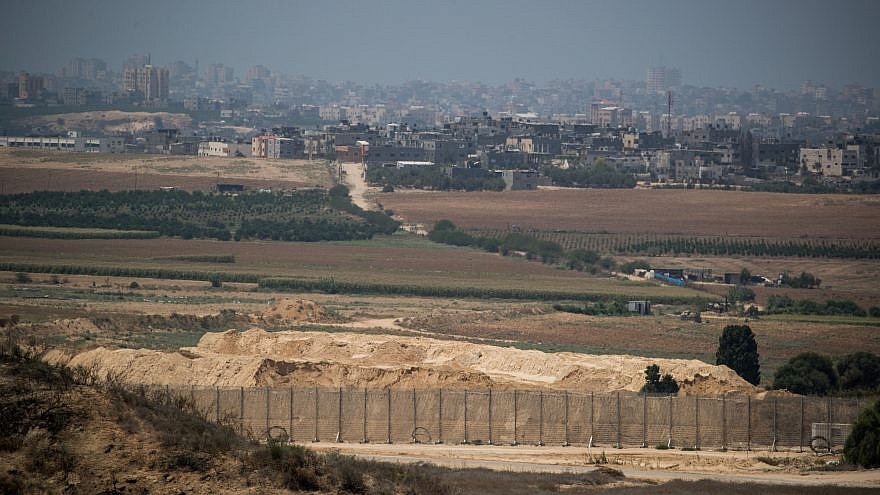 A view of the Gaza Strip as seen from the Israeli side of the border on Aug. 9, 2018. Photo by Yonatan Sindel/Flash90.
Spread the word.
Help JNS grow!
Share now:

(October 8, 2021 / JNS) Thousands of Palestinians in Gaza applied on Wednesday to get permits to work in Israel.

“There is no work in the Gaza Strip,” said Fathi Abu Nur, a 40-year-old unemployed man, told AFP.

Israel has resumed allowing Gazan workers into the country. It is issuing 7,000 work permits for Gazans, up from 5,000 workers and traders allowed in August, an Israeli security official told AFP.

Israel and the Hamas-ruled Gaza Strip reached a ceasefire in May after 11 days of conflict after terror factions in the coastal enclave launched more than 4,000 rockets towards civilian populations in the Jewish state. Since then, Israel has loosened restrictions, reopened crossings and expanded the fishing zone.

An unnamed Palestinian official told AFP that the increased number of work permits was “the result of a political process, including discussions in Cairo between the Hamas movement and Egyptian officials.”