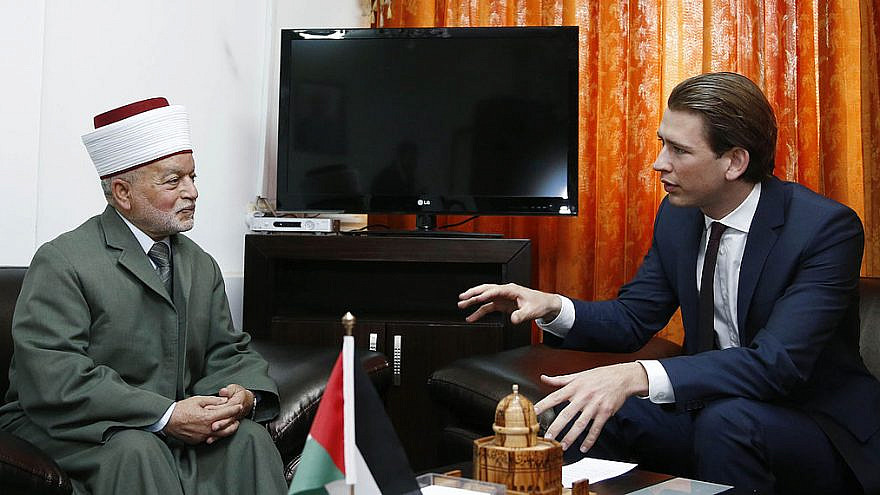 (December 28, 2020 / PMW) Palestinian women may not travel to Dubai with their daughters unless accompanied by a male family member, according to the Palestinian Authority’s grand mufti.

Mufti Muhammad Ahmad Hussein’s remarks came during a Dec. 16 interview on Fatwa, a program broadcast on official P.A. TV, according to Palestinian Media Watch. Hussein was appointed to his post by P.A. leader Mahmoud Abbas in 2006.

While the P.A. is often considered religiously moderate, its top religious leaders, including Abbas’s adviser on Islam, have been given air-time on official P.A. TV over the years to advance fundamentalist religious positions, according to PMW.

For example, in one interview regarding the Muslim holy month of Ramadan, Hussein was asked whether a woman could refuse to have sex with her husband if he failed to fast and pray as required. Hussein replied: “That is not a reason … It is his right [to have sex]. … This woman may not and has no rights to deny him this right, especially during the permissible time, which is night time.”

In the same broadcast, the program’s host asked whether women could go shopping at night during Ramadan. Hussein replied: “In general, a woman must [only] leave home at the discretion of her husband.”

In 2016, P.A. TV broadcast an interview with an academic lecturer on Islam and mufti Sheikh Samih Hajjaj in which he laid out the Koran’s rules for beating women.

“Let’s say that a husband senses that his wife is lying,” Hajjij tells the host. “First, he needs to rebuke her and quote the Koran and hadith on the ban on lying.”

Only afterwards can he proceed to beat her.

“The [Muslim] scholars said that the beating can be with a small brush or a handkerchief, and the number of blows should not exceed 10,” says Hajjij.

“Not with a stick or pipe,” the host clarifies.

“No, no,” Hajjij replies. “Not in the face. Even when we hit with a handkerchief or small brush, Prophet [Muhammad] said: ‘Do not hit the face, and do not make her ugly.’ If you want to hit, hit [her] back or leg, hit in places that are not seen and do not cause a permanent mark.”