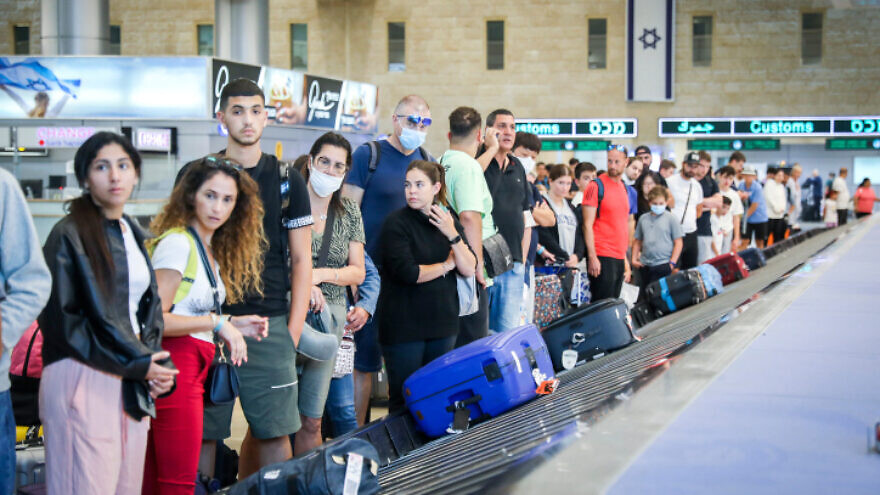 (December 4, 2022 / JNS) Security officers at Ben-Gurion Airport shot and lightly injured a Palestinian man who burst through a checkpoint at Israel’s main airport in a stolen car and then drove against traffic on Sunday morning.

After receiving medical attention, he was transferred to the police for questioning. He was in the country illegally.

During the incident, travelers at Terminal 3 were asked to lie down and take cover as a precaution.

Ziv Hait, a representative of Israir Airlines who was in the terminal during the incident, told Channel 12 that at around 6 a.m. they heard instructions for everyone in the terminal to lie down “due to some kind of security incident.

“Everyone was running in panic in every direction to find cover….I arrived with a group of American tourists….They didn’t understand what was going on, I had to explain to them in English that it is a security incident and they are supposed to lie on the floor.

“At 6:10 we received instructions to get up and that it was possible to return to routine,” he said.

Israeli officials believe the suspect may have taken a wrong turn off the main Tel Aviv-Jerusalem highway, sabotaging his getaway as he entered one of the country’s most guarded facilities.

“It happens almost every week,” Reuters quoted a police spokesperson as saying.