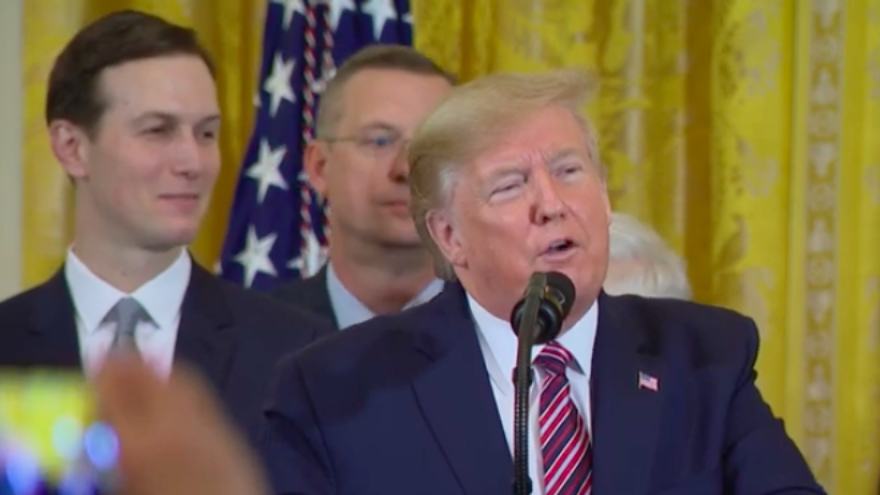 “Across our country, Jewish Americans strengthen, sustain and inspire our nation,” he said. “As president, I will always celebrate and honor the Jewish people, and I will always stand with our treasured friend and ally, the State of Israel.”

At the event, Trump signed an executive order calling on U.S. government departments to enforce Title VI of the Civil Rights Act of 1964, which prohibits the federal funding of universities and other institutions that engage in discrimination based on race, color and national origin, and will now also be applied to anti-Semitism. The executive order additionally stated that U.S. government agencies should “consider” adopting the International Holocaust Remembrance Alliance (IHRA) definition of anti-Semitism.

“This is our message to universities,” said the president. “If you want to extend the tremendous amount of federal dollars that you get every year, you must reject anti-Semitism, and you will never tolerate the suppression, persecution or silencing of the Jewish people.”

He added, “We have also taken a firm stand against BDS.”

The Hanukkah event included a candle-lighting ceremony and featured performances by the Jewish a capella group Y-Studs A Capella, in addition to an orchestra of some 20 musicians who played traditional holiday songs. Guests were treated to wine and kosher food, including latkes and doughnuts.

Harvard Law professor emeritus Alan Dershowitz was also there and called the executive order “a game changer” and “one of the most important events in the 2,000-year battle against anti-Semitism.”